When is the Best Time to Buy an iPhone? 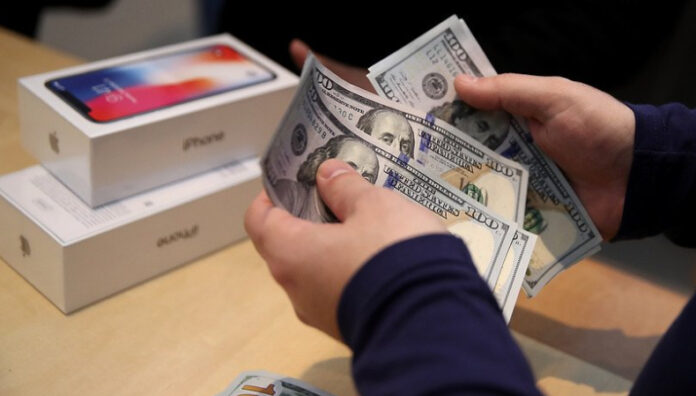 Apple, like every other significant corporation, produces goods on a regular basis. The product plan is only known by a few senior Apple workers. The rest of us rely on history and rumors to make educated assumptions. You probably don’t want to buy a new iPhone in August, for example, because Apple usually releases new models in September and October.

It wasn’t always like this. iPhones were released in the summer prior to the iPhone 4S. It’s aggravating to purchase an Apple device at the wrong moment. You’re not only buying an old model, but you’re also paying a premium for it.

When new models are announced, Apple frequently offers older models at a discount. Typically, the new equipment will cost the same as the prior model. Before you buy anything, make sure you do your research.

According to IT experts, there are a few signals that it’s time to replace your iPhone. If your phone is no longer compatible with software upgrades, the outside is damaged, or you’ve already replaced the battery and your problems persist, a new iPhone may be worth the investment.

Additionally, you may want to wait and see whether third-party sellers decrease their pricing in an effort to clear out inventory in advance of the next iPhone release. Unless you have an immediate need for a new iPhone, you should wait until Apple’s next iPhone release.

You’ll be able to make a more informed decision about whether the newest model is suited for you, in addition to maybe receiving a better bargain on older models.

Here are some items to keep in mind when deciding when to purchase your next iPhone:

Every September, Apple hosts a large event when they unveil new products and other interesting new features. There are usually rumors, which in most cases turn out to be true, but because Apple prefers to keep the public guessing until the big day, no one knows exactly what goods will be introduced. They normally take pre-orders for their newest iPhones during the event, with broad availability in 1-2 weeks.

The prices for the latest iPhone models are set at the event, and they remain the same until the next model is released, which is usually the following year. For example, when the iPhone 7 was first released on September 7, 2016, the 32GB model cost $649.

The price was still $649 in September of 2017. Throughout the year, there are usually no special deals or discounts on the latest iPhone model.

When the new iPhone is released, the previous year’s model is usually discounted by $100. The iPhone 6S, for example, was dropped from $649 to $549 when the iPhone 7 was launched.

The iPhone 6S was placed at a discounted price for the rest of the year. Apple continues to produce and sell fresh versions of the previous year’s model, as well as one additional model from the previous year. Check the Apple website to see which models are still available.

Apple has a history of determining the price of its products and not lowering them, regardless of where you buy one. As previously stated, the exception occurs once a year when new models are launched.

Apple participated in Black Friday sales in 2016 and 2017, but instead of discounting their products, they offered Apple Store credit. In addition, the most recent iPhone model was not included in the promotion.

Retailers may give a gift card or other inducement, but Apple maintains control over the iPhone’s price. You might see older Apple gadgets on sale from merchants or cellular operators, but there’s usually only a limited supply.

Keep an out for important announcements

You should buy an outdated phone about a month before the new versions are announced. This is due to the fact that stores are attempting to clear out inventory.

E-commerce companies such as Amazon and Flipkart will also host holiday sales, increasing shoppers’ chances of getting an iPhone at a good price.

The Best Time to Buy

Do you want the most up-to-date model? Then you’ll have to wait until mid-September for the next iPhones to be announced. You should also wait until the new iPhones are out if you want to get a good deal on last year’s model because prices on older iPhone models generally decrease by $100.

The 10 Most Graphically Demanding Android Games 2023

Edges and Impediments Of 5G Technology