How to do Screen Recording with Audio in iPhone and iPad 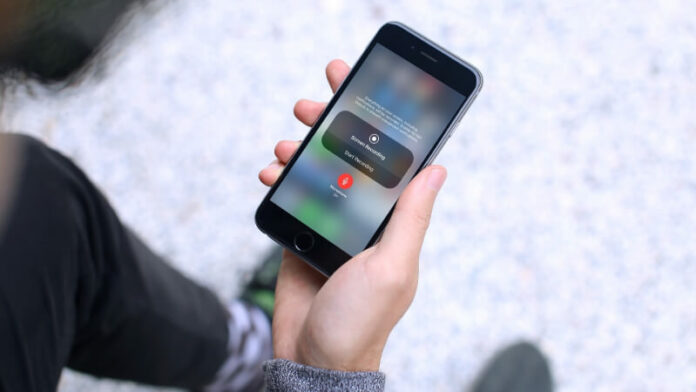 Screen recording with audio on an iPhone or iPad is straightforward. Screen recording, often known as screen capture, is a tool for capturing video and audio from your device or from an external source. You don’t need a specific screen recorder app or audio recording software to record your screen. Apple provides a free program for iOS and iPadOS that you may install in the Control Center of your iPad or iPhone to record your screen with sound. Thousands of words are said in photos, and thousands of pictures are spoken in videos.

Whether you want to educate others how to set up a new app on their iPhone or give a step-by-step instruction to show your pals on their iPad, video presentation is a simple method. Furthermore, a video with sound description serves as an aid. As a result, you start looking for ways to capture the iOS screen with sound.

The screen recorder on the iPhone is a built-in tool that debuted with iOS 11. It’s made to make screen recording simple, and once it’s set up, all you have to do is hit the record button to begin recording. Let’s get started with the setup. The first step is to add the Screen Recording capability to your Control Center so that it is more easily accessible.

The Screen Recording Icon should now appear in the Control Center under “Include.” It’s at the bottom of the list, and you may move it about if you wish.

Make a Screen Recording on Your iPhone:

Follow these instructions to capture the iPhone screen using the Screen recording feature:

Because there is such a short time limit, we recommend that you launch the app or function you wish to capture before beginning the recording.

When the recording begins, you will see a red bar at the top of the screen, indicating that there is a recording in progress. Simply hit the red bar and then “Stop” to end the recording.

The Screen Recording Icon should now appear in the Control Center under “Include.” It’s at the bottom of the list, and you may move it about if you wish.

Because there is such a short time limit, we recommend that you launch the app or function you wish to capture before beginning the recording. When the recording starts, you’ll notice a red bar at the top of the screen, signalling that it’s time to recode. Simply hit the red bar and then “Stop” to end the recording.

You may now record your screen; however, your iPhone will do it without any external audio by default. If you want your iPhone to record sound as well as the screen, follow the steps below to capture both the screen and the audio on your iPhone.

You may capture sound using the iPhone’s internal microphone or an external microphone if you wish to incorporate audio with the recording. Both internal and external sound should be recorded. This is a wonderful alternative if you want to explain what’s going on on the screen while also using the sounds from the iPhone. Here’s how to go about it:

If you simply want to capture the sounds of an app, switch off the microphone but turn on the ringer on your iPhone. The screen recording will be quiet if you turn off the microphone and have your ringer turned off (silent). The screen, your voice, and any other ambient sounds will be recorded by your iPhone. If you don’t dismiss the Control Center to expose the app being recorded, you’ll just receive a recording of the screen recording controls. Your app’s clock will have a red backdrop, suggesting that sound is being captured, and an orange dot will appear in the upper-right corner, showing that the app is using the microphone.

If Apple Music is playing when you start Screen Recording, the sound will cease until you terminate the recording. There was formerly a workaround, however Apple has already corrected the problem. To retain a piece of music permanently, you must pay the licensing costs and purchase it. It’s worth mentioning that certain third-party programs, such as Spotify and YouTube, don’t enable you to record your screen in the free version, but you may do so in the premium version. You may also screen record Amazon Prime Video video. While it is theoretically possible to record audio and video content in this manner, the legality of doing so is murky. Third-party applications will almost certainly include the same safeguards as Apple Music to prevent screen recordings of licensed material. Even so, it’s fascinating to experiment with what you may record on your iPhone as long as you keep in mind that some licensed content will silence your recording as soon as you press the record button.