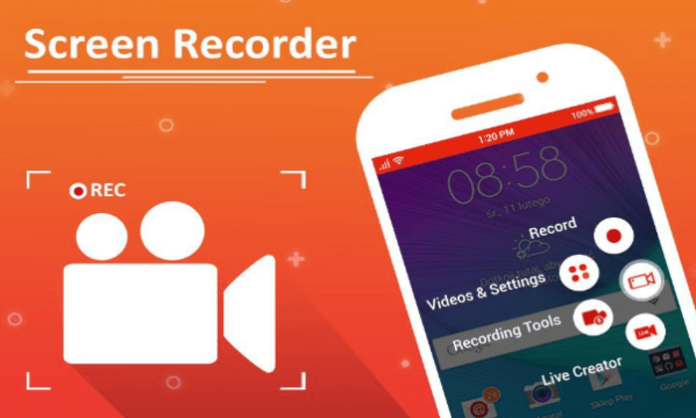 Mobile screens get very happening at times. It has games, projects, video calls, chats and what not. The joy of using it and living it gets doubled when one is able to share this experience with their friends, relatives, acquaintances too. For example, if one wants to record their amazing kill in PUBG or one needs to show the outputs on the phone screen for a project. Then there is one way to fulfill such requirements of sharing the experience with others by using a screen recorder.

1. Twitch: Gaming is a big reason why people desire to record their screen. If you want to stream yourself playing a mobile game on your phone, or even just download the footage for editing or private use, you may do it through the Twitch app.

The built-in recording and streaming facilities on Twitch are, of course, extremely useful. The app allows you to record and broadcast most Android games, as well as capture audio with an internal or external microphone and share your stream with the public. Importantly, whatever you record can be downloaded directly to your phone.

2. Integrated Screen Recorders: This will largely depend on the phone you have, although there are a number of homemade and manufacturer-made ROMs available that come pre-installed with screen recorders. A screen recorder is accessible in the Quick Settings menu of the latest Samsung phones, as well as Xiaomi phones. You may also capture your screen via Quick Settings on Google Pixel phones running Android 11 or later.

It’s especially attractive because its icon is located right in your Quick Settings menu. It’s not perfect yet, and some users have noticed bugs, but it’s still wonderful that it’s available to use. For this to function, you’ll need to enable developer mode and do some actions in ADB, so we’ve put together a guide on how to enable the hidden Android 10 screen recorder.

Related: How to Restore Deleted Contacts on Android

4. X Recorder: The best apps on the Play Store aren’t necessarily the most popular, but XRecorder is one of them. Yes, XRecorder is ad-supported, but it doesn’t have any watermarks, doesn’t have a recording time restriction, and doesn’t require a rooted phone.

XRecorder can record video at a resolution of up to 1080p at 60 frames per second, which is more than enough for most phones. It has an useful integrated video editor that lets you alter your recordings nearly on the fly, and you can add a little facecam of yourself in the corner of your gameplay recording sessions.

It includes an overlay that allows you to rapidly take the photos and videos you need, and unlike some recording programmes, it doesn’t require you to download anything. In

5. ADV Screen Recorder: ADV Screen Recorder, one of the most popular Android screen recording applications, may not be fully sincere in its trailer when it states it’s “100% FREE” (since it includes in-app payments), but you can still use most of its functions for free.

In ADV, there are two recording engines, the more advanced of which includes functions such as pausing and continuing your recordings. Other interesting features include the ability to sketch on the screen while recording, which gives your films a lovely natural flow. You may also modify your videos in a variety of ways, such as adding text and banners, as well as chopping them down to size.

6. Screen Recorder: Screen Recorder joins our list with a name that is both succinct and honest. It makes video recording exceedingly simple. A small useful widget will appear over whatever screen you’re seeing on your phone, and a blue button will start recording the screen. It can record HD resolutions up to 120 frames per second (if your display supports it) and allows you to add logos, photos, and text to your recordings.

Of course, you can turn on the microphone so you can speak over your recordings, and there’s also a Facecam option if you want to produce a professional-looking “Let’s Play” recording. You can make advantage of this.

This can be used in either day or night mode, and it comes with a number of useful editing functions, like video trimming (of course) and the ability to take notes while recording.