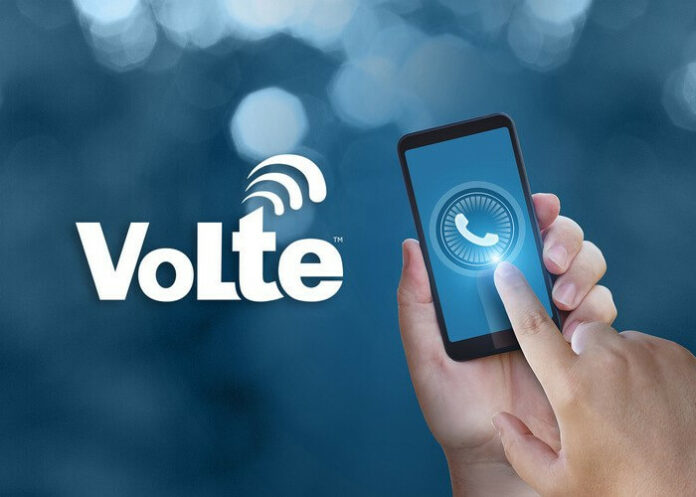 As the name suggests, VoLTE is a voice call over a 4G LTE network. VoLTE allows us to make phone calls on today’s LTE networks, which provide a clearer, more important reliable connection than other older networks like 3G. As the name suggests, Voice over LTE happens when your carrier allows you to make calls over an LTE connection instead of the old legacy voice network.

If your phone uses VoLTE, calls are made using an LTE connection. This means you need to have cellular coverage to use LTE and Wi-Fi access to use Wi-Fi calling. To activate LTE/VoLTE, you need to activate the cellular data setting on your phone.

With VoLTE, your phone won’t switch to 3G even if you’re on a call, saving battery life. Since there is no need to switch to 3G when making a call using VoLTE, this means you can continue to use 4G for other features on your phone while you are on a call. VoLTE tends to provide better battery life with VoLTE for mobile users, as the phone itself has to switch less between 2G, 3G, and 4G connections before, during, and after a call.

With VoLTE, speed is no longer an issue and you can surf the web while on a call. If your smartphone does not support VoLTE, you may find that you cannot use data and voice at the same time. While VoLTE can eventually handle video and group calls, some networks will still charge you for data usage, especially when you’re making video calls.

VoLTE or Voice over LTE is how our phones and carriers transmit our voices when we talk, so there’s good reason to know how to use VoLTE and why you should care. VoLTE, short for “Voice over Long-Term Evolution,” means you make phone calls over a 4G data network rather than regular cellular voice channels. Because 4G LTE is a data-only network technology, VoLTE offers better calls, better service, and the ability to use voice and data simultaneously.

What both types of networks have in common with VoLTE is the ability to use more bandwidth to make calls, while having better audio quality when moving in both directions. Since Wi-Fi technology is used more widely, Wi-Fi calling has wider and better coverage than VoLTE. One of the big advantages of VoLTE is that the call quality is better than 3G or 2G connections, because far more data is transmitted over 4G than over 2G or 3G.

You’ll be surprised how fast VoLTE calls can be connected to twice as fast as a 2G or 3G signal. Not only that, but VoLTE connects calls at about twice the speed of current methods.

However, with VoLTE, data can be transferred over a mobile connection at the same high speed even when a voice call is in progress. For carriers like Verizon that support VoLTE video calls, the voice part of the chat will use minutes and the video part will use data. You can even make video calls over VoLTE with minimal data consumption.

In theory, video calling over 3G is also possible, just like Skype, except you just use your mobile number, and you can use the regular dialer and calling interface to make and receive video calls. Anyone else with VoLTE, rather than relying on a separate account. Not only can you transfer more data over a 4G LTE connection than a 2G or 3G connection, but you’ll basically get HD voice calls every time you use a VoLTE device. VoLTE goes a step further and provides voice calls over 4G LTE cellular networks – the same type your smartphone might currently be using. Another most important advantage of VoLTE over VoIP is that users can now make calls and data at the same time.

That’s because, like VoLTE, they use more data as part of similarly-named VoIP systems, so you can expect your voice calls to sound more like Skype calls when using VoLTE, but they don’t affect longevity. Battery life is as strong as Skype. If you are out of Wi-Fi coverage during a Wi-Fi (VoWiFi) call, your smartphone will automatically switch to VoLTE (Voice over Data) and the call will continue. VoLTE usually turns on automatically when making calls, especially if you don’t have Wi-Fi. With VoLTE, you can also use the internet or apps while making calls.

Unlike previous technologies, where you may notice a sharp drop in internet speed during a call, VoLTE allows you to seamlessly enjoy 4G broadband internet while maintaining high-definition calls. Today, while VoLTE uses the same data network as video streaming or web browsing, all carriers count HD voice/VoLTE calls as monthly bucket minutes rather than data volume. For example, Verizon Wireless has traditionally used 1XRTT for all voice calls, relying on LTE for data transmission. VoLTE connects calls twice as fast as using 2G or 3G, and since 2G and 3G connections are still available without a 4G signal, it just means that the overall mobile coverage is better because without VoLTE you won’t be able to Make or receive calls where there is a 4G signal but no 2G or 3G signal

What is the significance of VoLTE?

Voice over LTE increases call quality by enabling High Definition (HD) voice, which makes it sound as though you’re speaking face to face. The HD voice feature, also known as wideband audio, uses a wider recurrence range than narrowband voice administrations. This reduces background noise while also improving the caller’s speech quality — a difference that both the caller and the receiver may notice.

Callers will now be able to have a better overall experience when making calls. Customers can enjoy better conversations with its enhanced call quality. Better call quality will save time and boost the efficacy of business representatives.

With Voice over LTE, calls connect faster than normal. Voice calls using 2G and 3G networks, which are gradually being phased out, take longer to establish the connection needed to start up a call. However, with this method, the connection is established faster, saving you time and providing you with a better overall calling experience.

1. Increased voice quality: The most visible benefit of VoLTE for customers would be improved speech quality. Traditional voice networks use an 8kbps codec to carry voice calls. Verizon claims to be employing a 13kbps codec with contemporary compression algorithms. As a result, the call is noticeably clearer than a standard cell phone call. During a press conference, I tested it out on Verizon’s LTE network. I wasn’t sure I’d notice the difference, but when I used an LG G2 smartphone to switch between the two networks, I did. Also, the VoLTE call was much better.

2. Rich Communications Services (RCS): With VoLTE, wireless operators will be able to offer a new set of standards-based services known as Rich Communications Services (RCS). Video calling, file sharing, real-time language translation, video voicemail, and instant messaging are among the features available. Many of these apps may already be accessed over cellular data through third-party apps. FaceTime, for example, is well-known among iPhone users for video calling. Skype is used by millions of people for video calls and messaging. Also available is Google’s Google Translate service. VoLTE has the advantage of allowing you to access these services straight from the phone’s native dialer.

3. Faster call setup times: Calls will be connected significantly faster utilising VoLTE than they are now using older circuit-switched technology on a 2G wireless network. How much faster can you go? It can be up to twice as fast as non-VoLTE call setups, according to T-Mobile CTO Neville Ray.

How can you use VoLTE?

On an iPhone, the setting is a toggle in the main settings under Cellular, then Cellular Data Options; on Android, it’s under mobile networks known as VoLTE / HD Voice/ Enhanced calling. You may notice that when you alter this setting, the phone’s network indicator immediately resets. On many newer Samsung phones, the option will be found under the connections area of the phone’s settings. It’s fairly similar to the choice under Wi-Fi & network category on other phones, such as those from OnePlus. It can only be used if a few conditions are met, including a solid LTE connection on a tower that supports this capability. You’ll also need a gadget that can handle it.

What’s the Difference Between Incognito Mode and a VPN?