Which Apple Watch is Best to Buy 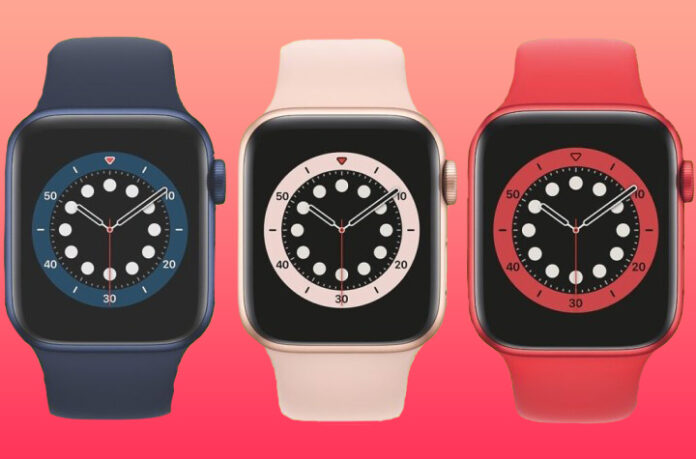 Apple Watches aren’t inexpensive, but they come with a lot of features. They can assist you in managing your life without picking up your phone, assisting you with everyday chores such as getting directions, responding to texts and emails, and, yes, paying for your morning coffee.

If you own an iPhone, the Apple Watch is the greatest wearable accessory to go with it. Only one question remains: which version will you choose? The Series 7 is a new edition from Apple that was recently revealed. The Series SE from last year and the elderly Series 3 will continue to be sold, but the much-loved Series 6 may be phased out.

All of these watches have a similar appearance and a diverse set of features. It appears that choosing the higher model would ensure that you receive the best of the best smartwatches available. After all, selecting the best model for you is a more difficult task.

But here’s the thing: just because the Series 7 has the most features doesn’t guarantee it’s the best value for your money – especially if those extra functions aren’t needed.

Here’s a closer look at what each Apple Watch model has to offer:

A blood-oxygen sensor distinguishes the Series 6 from the SE, allowing you to observe how well your body circulates oxygen during workouts and sleep, which helps enhance the watch’s sleep-tracking functions.

In addition, Series 6 contains a sensor that enables an EKG function to identify abnormal heart rhythms. The Series 6 is available in a variety of finishes, including stainless steel and titanium, and may be worn with a selection of sporty and stylish straps. It can also run the watchOS 8 operating system, which was released alongside the Series 7 model.

The Apple Watch SE includes the Series 6’s always-on altimeter, gyroscope, and compass. It also includes Fall Detection, Family Setup, and Sleep Tracking, as well as Emergency SOS, which allows you to call for help and notify pre-selected contacts, and international emergency calling, which is useful if you get into difficulties while traveling.

The watch has the same appearance and feels as the Series 6, and you can even add one of Apple’s new bands to it. What are you sacrificing? The ability to measure your blood oxygen levels and conduct your own electrocardiogram are two of the most notable features.

You’ll also get a new processor. It’s not as quick as the one in Series 6, but it’s nearly twice as fast as the one in Series 3, according to Apple. There’s also no always-on display, so if you want to see the time, you’ll have to raise your wrist to activate the watch’s display.

The Series 3 is a tad smaller than the other alternatives, coming in 38 and 44 mm diameters. The bezel—the black border that surrounds the display—is also a little bigger. As a result, the watch face is substantially smaller. You’ll also be losing out on a slew of new features that have become available since the Series 3’s debut.

The Series 3 is a tad smaller than the other options, with diameters of 38 and 44 mm. The bezel, or black border that surrounds the display, has also grown in size. As a result, the watch face has shrunk significantly. You’ll also miss out on a plethora of new features that have become available since the Series 3’s initial release.

How to choose the best apple watch for you:

If you don’t care about the larger screen or faster charging, the Series 6 is certainly worth considering, especially if you can find one on sale. The Series 6 has an eye-catching design and an always-on display. It wasn’t the most significant upgrade over the Series 5, but the little things add up.

Apple still sells the Series 3, and despite their similarities in appearance, there are a number of differences between the Series 3 and Series 6 watches, not least in price, with the Apple Watch Series 3 now available for a very reasonable price, making it one of the best Apple Watch deals available.

Series 7, Series 6, and Series 5 are seen to be more attractive. They include larger screens and are thinner, as well as more metallic color options, a louder speaker, a ceramic backplate to improve reception, and a new digital crown with tactile feedback for navigating the watch’s functionalities.

They also have second-generation optical heart sensors, an electrical heart sensor, and a blood oxygen monitor, allowing them to perform a wide range of health tests, including ECGs. However, there are many parallels worth examining if you aren’t dead set on having the latest model and want to get more bang for your buck.

1. You can get a GPS-only Apple Watch in any model. Adding cellular raises the sticker price by about $100, plus a wireless plan fee of about $10 per month. The majority of people are unlikely to require a cellular watch.

The cellular option is a smart addition if you’re a runner who wants to leave your phone at home but still want to stream your favorite training mix and be reachable for calls and messages. However, many users’ phones are rarely out of Bluetooth range, rendering a cellular watch obsolete.

2. Most women will lean toward the smaller sizes, regardless of the model they are choosing. The larger watches are slightly more expensive, and while most men prefer the larger size, some men find the 40mm watch to be just suitable.

3. This article’s beginning pricing is for the most basic aluminum finish. However, a silver or gold stainless steel finish, which adds several hundred dollars to the price, and a titanium version, which is even more expensive, are available on the Series 6. A top-of-the-line Hermès style with fashion-forward straps is also available.

Edges and Impediments Of 5G Technology