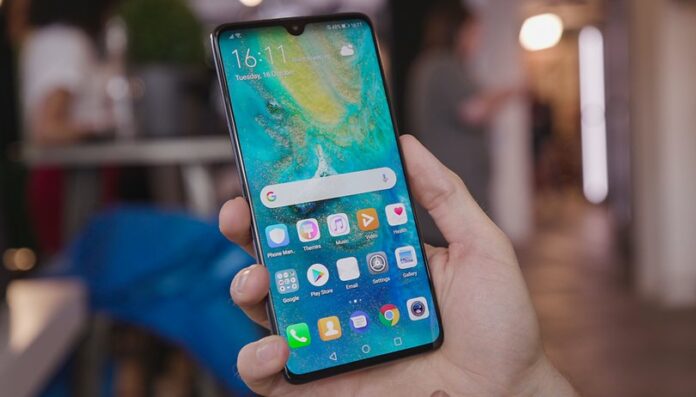 Smartphones have become a necessary part of our everyday routine. We use them for conversation, taking photos, uploading papers to the cloud, accessing the internet, and even charging other cell phones. However, with such a large number of cellphones on the market, deciding which one to buy is never easy. It’s never easy determining which one will best fit our needs. There are a variety of smartphones accessible today! Smartphones are no longer merely for making phone calls or getting text messages; they can now handle almost every facet of your daily life. As a result, determining which smartphone is best for you might be challenging.

Prior to purchasing any smartphone, you should first determine your priorities. A smartphone is essentially a computer that you can carry around in your pocket and use to do a variety of functions. This can range from making sure you can stay connected to the outside world to sitting in a darkened room playing Clash Royale. The notion is that you shouldn’t have to pay a lot of money in order to send WhatsApp messages and make a few posts on social media. A gamer who is unwilling to give up fluid and seamless gaming experience should opt for higher-priced smartphones. Those who want the finest of the best in terms of design and performance, on the other hand, will have to spend a lot of money.

The build of a smartphone is all about its durability. The entire smartphone market is separated into two categories of construction: metal and plastic. Some even have glass-coated panels, but these are uncommon. If you’re prone to dropping your phone, a metal or plastic-built handset is the way to choose. Glass-based phones are guaranteed to shatter if dropped from a height of 2-3 feet.

The two forms of memory present in smartphones are Random Access Memory and Read-Only Memory. As a result, phones with more RAM should be faster, while those with more ROM should have more storage space. For the ordinary user, 2 GB RAM and 16 GB ROM will suffice. If you are a heavy user then opt for a phone with at least 3-4 GB of RAM and 64 GB of storage. You can also use a micro SD memory card to expand your ROM.

Make sure your item is bright enough to use outside and sharp enough to see the text well while surfing. If you choose a large-screen phone, make sure the resolution is at least 1920 x 1080 pixels. You can upgrade to a phone with a higher resolution of 2560 x 1440 Quad HD for clearer images and texts. Consider the screen size of the phone as well.

There are just two options for operating systems (OS): Android or iOS. The Android operating system is used by all other smartphone manufacturers. This, however, comes with a bewildering assortment of names and variants. Manufacturers frequently change the Android OS to add features that may result in bloatware, slowing down the phone.

Ports can also be a factor to think about. Although smartphones now include both micro-USB and USB Type-C ports, it is advisable to migrate to USB Type-C not only because it is easier to plug in but also because it is future-proof. The new standard is now being adopted by a growing number of cellphones.

Processors, like smartphone cameras, are surrounded by jargon such as quadcore, octa-core, Snapdragon, MediaTek, and so on. Here’s a quick rule of thumb: Take a look at the processing speed, which is measured in GigaHertz (GHz). The faster the processor, the higher the speed.

One of the most common complaints among smartphone users is that their phones are “always dead.” If you’re one of these phone owners, it’s time to invest in a phone with rapid charging capabilities. Furthermore, many Android phones come with special chargers that can quickly charge the battery to half power. For optimal charging performance, iPhone users might consider getting an iPad charger.

For individuals that rely on heavy video streaming or video conferencing, speakers and the quality of audio coming out of them can be a critical component. If you enjoy on-the-go entertainment, look for a phone which has front-facing speakers. Even when the smartphone is held in landscape mode, the music is clear.

In-built cameras on phones are generating a lot of buzz, with manufacturers competing to deliver the most megapixels. Don’t be fooled by this. A camera with greater megapixels does not automatically produce superior photographs. Aside from megapixels, parameters like ISO settings, aperture, and autofocus speed all play a role in photo quality.

Today’s apps are much larger, and if you don’t use cloud backup, your photos and movies will take up a lot of space. Images can be sent to the cloud without being stored on your device using services like Google Photos and Apple Photos. A few Android devices also offer microSD card slots, which you may utilize to expand your storage capacity.

Spend some time learning more about the business that is behind the phone. Samsung, Apple, and LG are among the safest picks. A few other organizations have been chastised for a variety of reasons, including disclosing private customer information to third parties.

Personal taste in terms of outer look and software is one of the most important factors to consider when purchasing a new smartphone. Others want a robust style with straight lines and sharp edges, while others prefer rounded lines and a flowing design. Each month, however, new smartphones are released, and as a result of trends and marketing campaigns, they are becoming increasingly similar.

The 10 Best Fastest Gaming Keyboards Ever