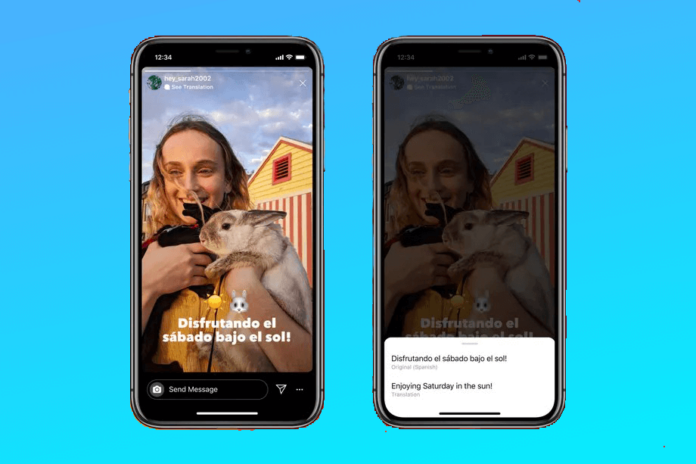 What exactly is the feature?

Instagram can now make you understand or in short can translate up to 90 languages. There is a brand new feature available now which is called “See translation” option on the top left of a story post whenever it detects a new language. Hence, on tapping this option we’ll be able to understand upto 90 different languages. Isn’t it great?

How does it work?

Here is how it works: when it detects a language different from the one opted for in the user’s phone settings in an Instagram story, the translation option is enabled. The users can then tap on “See Translation” to see the story text translated into their preferred language.

For English users, there have already been automatic captions for the IGTV format since September 2020 followed by the same for stories format too since May 2021, although it wasn’t rolled out for other languages at that moment.

Limitations of this feature

For now, this feature is only limited to written text of stories only, but there is hope that Instagram would roll out the same feature for audio too, apart from just text. As per Instagram, its stories language translation feature will be available globally at launch, and it currently supports over 90 languages, including Arabic, Hindi, Japanese, Portuguese and many more. Also, support for certain languages might vary depending on the operating system available in the device. The translation isn’t precise but accurate upto an extent only.

This is a great initiative in breaking the barrier of language which refrains from being internationally close to each other through stories. It can also be proved as one of the commendable strategies for business expansion and outreach.

The company says sensitive content could include some of the “posts that may be sexually suggestive or violent” or promote things like tobacco or pharmaceutical use. You will find this feature in the Profile, Settings menu > Account. Here, you will see the “Sensitive Content Control” option.

Although Instagram had already launched the similar translation feature for comments, bio and captions in 2016. This feature, whose development was previously reported by app researcher Alessandro Paluzzi, means there’s now equality between Instagram stories and traditional posts. This also acts as a USP for Instagram which makes it different and opted than other social media platforms.

As a result, this feature adds up to Instagram being more welcoming and accessible by people on a global level. Also, brands can reach out to a wider set of audiences easily which would make both business and customers happy. This feature will benefit those who want to see more or fewer types of sensitive content, which could be not so good for a few of them.

How to Stop Your Phone From Overheating