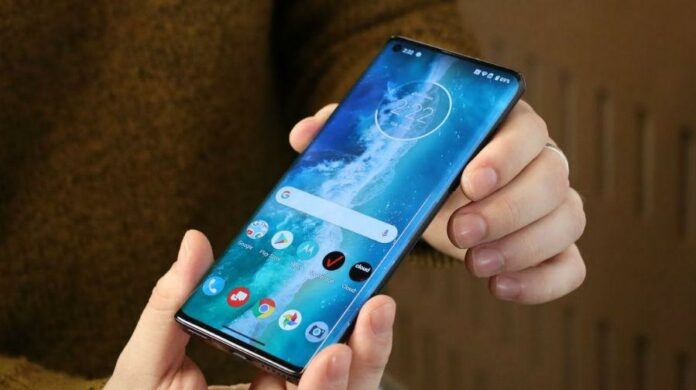 The all new Motorola Edge 20 series was launched on 29th July, 2021. The series has 3 variants namely the Motorola Edge 20, Edge 20 Lite and the Edge 20 Pro. The phone comes with a 6.70-inch touchscreen display which is backed up by an octa-core Qualcomm Snapdragon 870 processor. It runs on Android 11 and is powered by a huge 4500mAh battery. It supports proprietary fast charging as well.

The device supports all types of connectivity which are Wi-Fi, GPS, Bluetooth, USB Type-C and even has all necessary sensors like Fingerprint Sensor, Proximity Sensor, Accelerometer and Ambient light Sensor as well.

Motorola has gone for a boxy design, slim with a central punch hole in the display as the front camera. There is as always a Google Assistant key alongside the volume and the power buttons on the side of the phone.

Along with the power button there is a hidden fingerprint sensor as well on all the three variants. This is still a decent way to open the phone as the majority of the users have the habit of either tapping the screen or touching the power button to unlock. The size of the screen is the same for all the models i.e 6.7 inches, which is a FHD OLED panel.

This feature will allow the user to transfer data between devices more easily than using a cloud storage or another basic file transfer. In the Edge 20 and Edge 20 Pro you can get the access for ReadyFor Wireless feature as well, which removes the use of the cable and helps you pair via a QR code.

Is it worth buying?

The decent battery, camera and the charging as well as the display specs outstands the competitors.