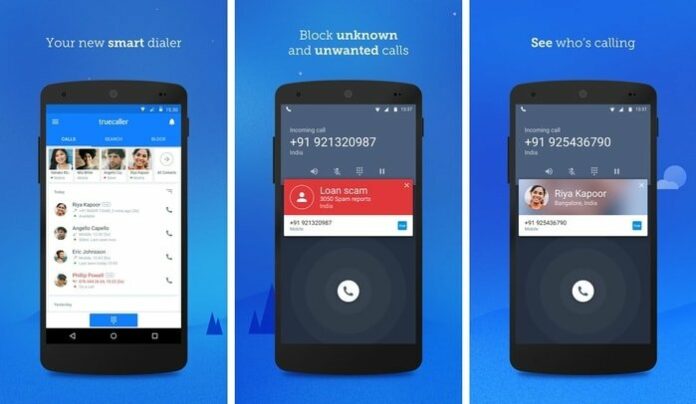 Phones have made communication simple and convenient. It is required in all situations where information must be exchanged, including family, relationships, and business. As a result, we can all agree that phone calls have made our lives significantly easier. Every coin, however, has two sides. With the advantages of a phone call come to the disadvantages as well. We only hear the person’s voice. So, how can we tell if the person they claim to be is the same or not? How can we be sure that the individual we’re speaking with isn’t a spammer? Also, in the event of a missed call, the person’s phone number might be used to identify them. How did we find out about that? With the telephone chats, such questions arose. Living in a world with evolving technology has aided in the discovery of answers to various difficulties, and Truecaller is one such solution to the difficulty listed above.

True Contact is the greatest option for resolving all those unknown calls you can’t decide whether to accept or refuse. It’s a small, low-profile program that sleeps in your phone until an unknown call comes in. It then uses a large resource and an advanced reasoning algorithm to accomplish a smart resolution process. As a result, the user will be able to conduct a quick and reliable lookup search to obtain the caller’s name and profile. True Contact is a rapidly expanding application that has already reached over 150 million people around the world.

Sync.ME is used by more than 20 million people around the world and offers a wide range of functions. With the identification of unknown numbers, this software syncs contacts with their social media profiles based on the calls received. It uses its best reverse phone lookup technologies to stop robocalls and spam calls. Sync.ME can detect spam, telemarketers, and unknown caller ID in SMS and text messages.

CallSafe, as the name implies, enables safe dialing and the storage of call records. When you enable the app’s safe mode, it will safeguard you from a variety of potential risks and spam. Any numbers you’ve prohibited using Last Caller Barring will be blocked, and any numbers you’ve contacted more than once in the last 35 days will be approved. The caller is prompted to record their name when a call is screened. CallSafe will then replay the call for you to decide how to handle it. Unwanted callers frequently hang up at this point since they don’t want to give out their personal information.

Mr. Number is a dialer that can block unwanted calls and detect and halt spam, scams, and fraud. It intercepts private and unknown calls and stops telemarketing from wasting your time. Mr. Number also sends voicemails to phone numbers and has a good messaging system. It also looks up blocked numbers, spam, and other information in your call history.

When phoning out, Mr. Number assigns names to numbers. It has the ability to restrict calls from a single person, a certain area code, or an entire country. Spam calls can be reported by users to alert other users. It detects and blocks probable fraud and spam calls automatically. It’s a simple app, yet it’s already had over 10 million downloads on Google Play.

The ViewCaller software synchronizes all of your phone book’s clutter and puts things back in order. A built-in T9 Dialer allows you to look up phone numbers by name and information. Every call is recorded in the app, and you can effortlessly save contacts. The app’s interactive interface ensures that you can utilize it without difficulty. With the ViewCaller app, you can quickly record and preserve all of your calls.

This software features a picture phone book that shows you who’s calling and where they’re calling from at a glance. It also remembers your communication preferences for each individual contact, as well as the contacts you’re most likely to require right now. It’s a straightforward phone and texting program that matches contacts to photos instantly. With just one click, you may see photographs and names of unfamiliar calls and contacts in your phone book. You can see who you’re talking to before you answer the phone or dial a number with Eyecon’s visual caller ID. You may link to their whole digital persona with Eyecon’s unique reverse lookup capability to learn more about their genuine id, including Facebook photographs and more.

TrapCall protects you from a variety of threats, including spam, illegal calls, and more. It’s all done through a single platform! This software is one of the greatest Truecaller alternatives. Despite the fact that the app requires a paid subscription, you can download a free trial version and use it for seven days. By disconnecting all of the calls and reviewing the database, the software allows you to verify the caller’s identity. The software gathers information from many users and alerts you to unwanted calls and sources.

WhoWho is a caller id and call blocking program that provides a solution for determining caller identification, blocking unwanted calls, managing registered numbers, and selecting spam calls before replying to callers. WhoWho can tell you which calls are genuine and which are likely to be made from a fake number.

CallApp is a phone call recording and caller id app. It has several features in addition to the basic necessity of identifying unknown integers. Quality call recording, phone number lookup, blacklisting numbers, and personalizing call numbers are among the capabilities available. The Google Play Store has over 100 million downloads of CallApp. It has a large user base that gives enough information to reliably identify phone numbers. It has the potential to be a great Truecaller alternative.

Truecaller and Showcaller are very similar apps. Showcaller and Truecaller have very similar user interfaces. Even if you don’t have an active internet connection, Showcaller will work. Despite being so light, the app gives the most accurate caller ID features. The Showcaller software makes managing calls and messages from a single platform very simple, quick, and reliable. You can purchase a premium membership to the app to avoid annoying adverts and interruptions.

WhosCall is a reverse phone number lookup and identification service. More than 70 million people have downloaded the app. Whoscall is a popular phone app that includes a caller ID and a block feature. Whoscall was named the best app by Google in 2013, 2015, and 2016. This app’s offline database is one of its biggest features, allowing you to detect calls even when you aren’t connected to the internet.

Hiya (previously known as Whitepages Caller ID) is a phone app that identifies and filters numbers and texts you don’t want to receive. It bans nuisance calls, adds undesired phone numbers to a blacklist, and sends SMS text messages. Hiya offers a good security mechanism that will notify you if you receive a call from an unknown number. It contains a feature that allows you to look up someone’s phone number in reverse. It conducts a reverse phone search on an unknown number to identify whether the caller is annoying, fraudulent, or legitimate. Hiya is completely free and extremely simple to use.

Calls Blacklist Pro is touted as the most popular call and SMS blocker application, allowing you to effectively block those numbers that keep interrupting you by sending SMS or making product merchandising calls. The good thing about Calls Blacklist pro is that it can also be used to block junk mail messages, making the customers’ mobile lives easier.

It’s one of the most popular Android caller ID apps on the Google Play Store. Ayamote’s caller ID is noted for its accurate caller identification and is unquestionably the finest in its category. A call blocker, dialer, and other functionality of the apps are included.

It offers WhatsApp, Facebook, Google Duo, and many other integrations in addition to all of the fundamental functionality. Drupe dialer allows you to dial, send texts, record calls, and contact anyone on your contact list. Automatic Call Recording (ACR) is available for both incoming and outgoing calls. Depending on the situation, you can add animated GIFs to your outgoing calls. Drupe can help you arrange your phonebook and eliminate duplicate Google contacts. It also offers a missed call manager and contact-based reminders. It supports a variety of languages, including certain regional dialects from various nations. Drupe has a user base of over 20 million people.

13 Top Instagram Unfollow Apps 2023: Everything You Need to Know