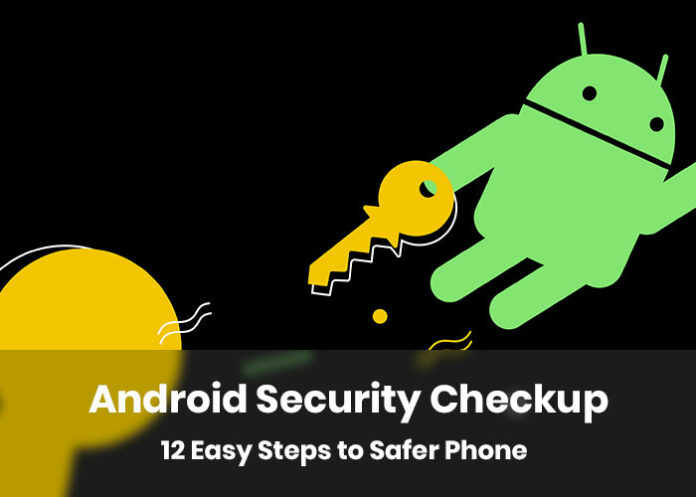 Android has been around for over a decade and has come a long way from its humble beginnings as a want to be iPhone competitor. New features, improved camera phones, a diverse range of apps and platforms, and a refined UI design have resulted in a massive install base. At the present, Android’s future appears to be full of unicorns and rainbows.

However, increased technical skills aren’t necessarily a positive thing, especially when it comes to security. Allow me to explain. The introduction of new technology, such as a new Android version, does not imply that people would immediately adopt it. Google phone users anticipate rapid adoption. However, for the vast majority of Android users, everything is dependent on when their carriers push the upgrade.

In other words, it’s not the users’ fault if they’re still on an ancient OS version. Not to mention the development of low-cost Android handsets, which may not receive an OS upgrade at all. The longer a user has to wait for an upgrade, the more time they miss out on new security features, vulnerability patches, and other changes.

This might imply that prior version problems would remain open and possibly exploited by cybercriminals. One of the main draws for Android consumers is greater freedom, particularly when it comes to application platforms. Third-party platforms provide developers with the opportunity to test new ideas in a less-regulated, open market.

However, fewer rules frequently lead to misuse, with harmful APKs proliferating. While the Google Play Store does aim to tighten down on rogue apps, the sheer quantity of developers means that a few will, and have, slipped through the cracks. Finally, lest we forget hackers’ new favourite hobby, drive-by cryptomining has locked Android users browsing the web on their phone, while cryptomining malware consumes so much of Android’s processing power that it can explode.

With the advancement of technology, the majority of us now own a smartphone. Even if smartphones are improving in terms of capabilities and features on a daily basis, one of the key worries of consumers throughout the world is privacy. Our cellphones have virtually become an extension of ourselves these days, and these pocketable gadgets store a plethora of sensitive data such as bank account information, texts, images, and more.

Cybercrime is a genuine possibility and a menace, made much more so by the sensitive information carried on cellphones. Whether you want to safeguard your Android phone from hackers or want to step up your security game, there are a variety of actions you can do to strengthen the security of your device in the event that you lose it.

Why is it important to perform Android Security Checkups:

The modern-world trend of depending increasingly on cellphones not only provides value to our lives, but it also raises severe security and hacking risks. You lose much more than your contacts when you misplace your smartphone. Don’t forget that smartphones retain a large quantity of your personal information.

The majority of individuals use their cellphones to access social media accounts, corporate emails, website administration areas, and essential documents. Business and marketing strategy papers, synchronised files, images, and a variety of other objects are now controlled via cellphones. Your whole data is at risk if you do not safeguard your Android devices.

This is due to the fact that anyone may track and steal information from your unsecured phones and mobile devices. When discussing cellphones, it is necessary to distinguish between iOS and Android devices. Android phones, according to experts, are less secure than iOS phones. As a result, individuals who possess Android phones must carefully consider data security.

List of methods to make sure your Android is safe: 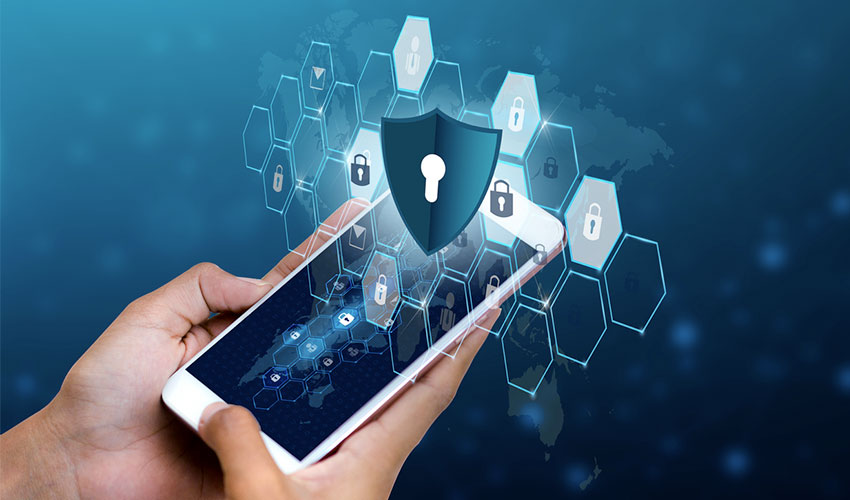 The first and most important step in keeping your Android phones safe is to use phone locks. Many people may dismiss it as a simple recommendation, yet a phone without a lock is more likely to lose data. Locking the screen is handy in a variety of situations. For example, if a thief steals your phone and steals your credit card information, it will take him a long time to unlock it.

While he attempts to unlock your phone, you can disable any credit cards or bank accounts that are currently active on the device. The traditional method, the pin code, is the best. When compared to pin codes, all of the following forms of passwords are readily cracked. So, despite a pin code is one of Android’s earliest security features, it still stands out.

2. Permission given to applications

A little-discussed truth of Android security is that your own ignorance, whether in failing to adequately lock your device in some way or by keeping too many windows open that allow third-party applications to access your data, is far more likely to cause problems than any type of virus.

Despite what some spectacular tales may lead you to assume, Android applications cannot access your personal data or any other aspect of your phone unless you expressly grant them permission to do so. While you cannot erase what has already occurred, you may go back and review all of your app permissions to ensure that everything is in excellent working order.

Android has always had the ability to monitor your device for malicious code or suspicious activities without the need for third-party apps or add-ons. And, while the system should be activated by default on any relatively current device, it’s a good idea to check in on a regular basis to ensure that everything is switched on and running properly, if only to remind yourself that such a system is present and working on your behalf.

This allows Android’s app verification system to monitor all applications on your device, even after they’ve been installed, to ensure they’re not doing anything unsafe. The scanning will take place discreetly in the background and will not bother you until something suspect is discovered. 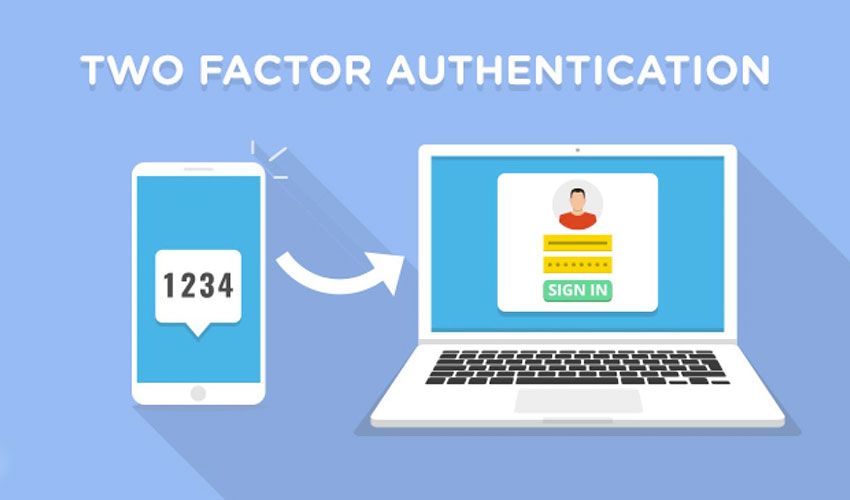 Most consumers disregard this security feature since it is inconvenient to utilise every time.

Every time you use two-factor authentication, you must enter a passcode as well as a unique authentication code created by an app or transmitted over OTP. Most services, including Google, Facebook, Instagram, Apple, Twitter, Microsoft, Amazon, Yahoo, LinkedIn, Snapchat, Pinterest, Dropbox, PayPal, Evernote, and others, provide this capability.

This capability may be checked and enabled in a service’s security settings. Even if someone obtains your password, they will not be able to access your data without the authentication key once activated.

If you have an Android smartphone, it is critical that you only download apps and games from reputable sites. The Google Play Store is the default app store for Android phones, and users should avoid installing apps from untrusted third-party websites and app shops, as doing so can allow hackers to infiltrate their devices with malware.

Android smartphones are continually attempting to determine their location in the globe. Android tracks your location even if you aren’t using any services that do. It will then transfer the data to Google for storage in your Google account. That information is used by the firm to provide you customised maps and suggestions, as well as maybe targeted advertisements.

If you don’t like the concept of Google tracking your every move, you should at the very least disable Google Location History. Location History is a timeline that displays where you’ve gone using your smartphone. 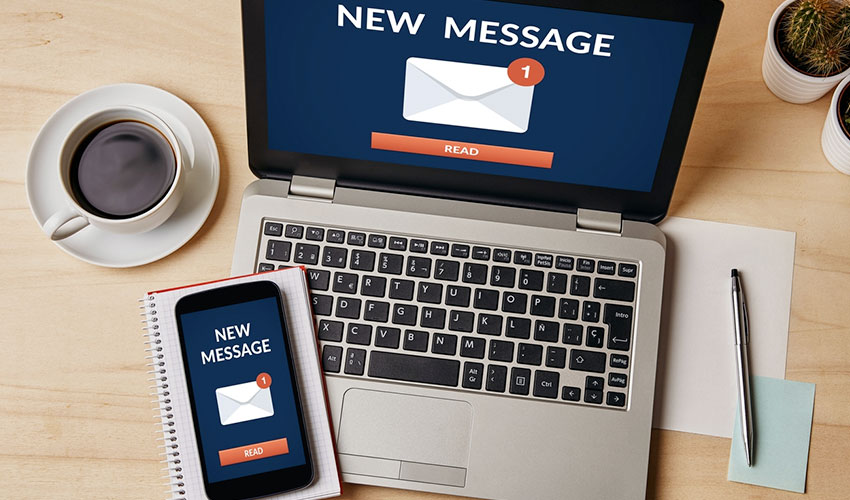 Travel isn’t an option for many individuals right now, but there’s nothing more humiliating than someone glancing over your shoulder on public transportation and having alerts flash up with the entire communication enclosed. It’s a sensation you get when you’re sharing your screen with coworkers and a gossipy message about the meeting you’re in flashes up.

But it doesn’t have to be this way. Navigate to settings and look for notifications, then disable the option for’sensitive notifications’ from this page. This means that the content of your messages will no longer appear in the notification banner while the phone is locked.

It aids in the resolution of Android security concerns such as the discovery of malware or a bug in a smartphone. However, the built-in Google Play Protect monitors for common threats. An antivirus, on the other hand, will come to your aid and boost your Android security. Avast Mobile Security & Antivirus and Norton Mobile Security are two examples of high-quality antivirus software available on the market.

Security is only beneficial if you use it, and given the additional degree of discomfort it frequently brings to our lives, it’s all too simple to let our guards down and get complacent after a time. Android’s Smart Lock feature is intended to mitigate this trend by making security a tad less irksome.

It can keep your phone unlocked automatically whenever you’re in a trusted location, such as your home, office, or that strange-smelling restaurant where you eat barbeque sandwiches almost disgustingly frequently, or even when you’re connected to a trusted Bluetooth device, such as a smartwatch, some earbuds, or your car’s audio system. 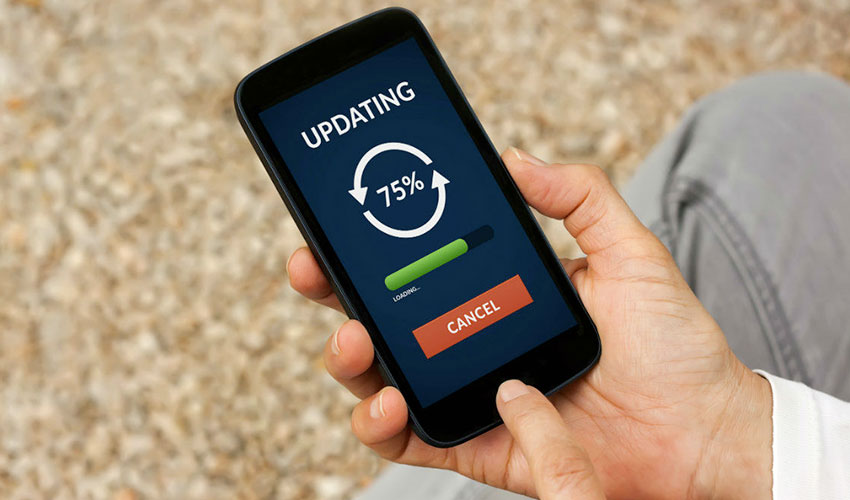 While this may seem like one of the most obvious rules to follow, many people fail to do so. Google frequently distributes security updates and fixes to smartphone manufacturers, who then distribute them to customers via over-the-air updates.

It is always a good idea to keep an eye out for system updates for your smartphone and install them as soon as they become available in order to improve the security and efficiency of your device. Similarly, app developers constantly update their programmes on the Google Play store with new features and security upgrades.

Before installing the update, they even explain what the new update brings to the app. We recommend that you check the Play Store for updates on a frequent basis and that you have the most recent version of the app installed on your device.

Many of us retain passwords for programmes that we use frequently since it makes signing in much quicker and faster. Furthermore, it removes the time spent attempting to figure out the password if you have forgotten it. Allowing applications to remember passwords on your Android smartphone might raise the danger of your accounts being accessed by unauthorised intruders, therefore you should disable this feature to safeguard your device.

Virtual Private Networks (VPNs) aren’t a guarantee of privacy protection, although they can assist. The programme establishes an encrypted connection between your device and a remote server, via which internet traffic is routed: this prevents your internet service provider from fully understanding and recording your browsing history.

There are several VPNs available, each with a variety of price choices. If at all feasible, choose a premium VPN because they are less likely to have problematic data practises and ones that provide family, or multiple device, services may easily cover entire homes.

Top 12 Tips to Increase the Battery Life of your Laptop

The 10 Best Fastest Gaming Keyboards Ever