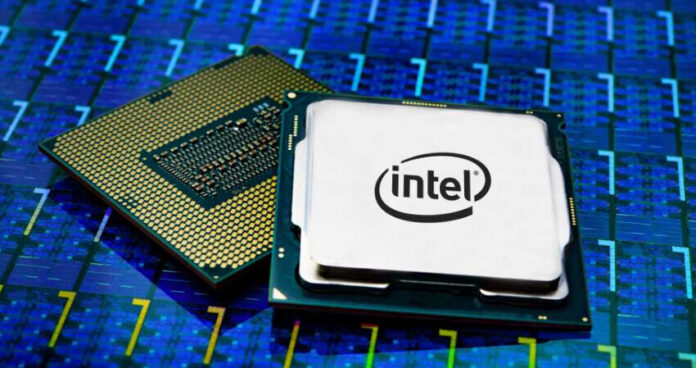 Laptops are complex, all-encompassing pieces of hardware. Anything from the displays to the keyboards to the internals is subject to scrutiny. The CPU and GPU, on the other hand, are the engine that power everything else. The greatest CPU for gamers does not always have to be the chipset with the most cores but also threads or the fastest clock speed.

In many cases, some of the more reasonably priced chipsets from a few years ago are just as capable of running the most recent games as the most cutting-edge CPUs. It’s a new year, and we’ve already seen what’s on the horizon with Zen 4, which appears to be extremely promising in 5nm. Having previously seen the 12th generation Intel CPUs, we can reasonably predict that there will be vigorous rivalry on both sides.

Motherboard compatibility will also influence the type of chipset design you may choose while using the best CPU for gaming this year. The AMD Ryzen 3000 and 5000 lines both use the AM4 socket, but things become a little more difficult when it comes to Intel’s past three generations.

Intel still uses LGA, but if you want the 12th generation with DDR5 RAM compatible, you’ll have to get an LGA 1700 socket motherboard, which might be very pricey right now. If you’re looking for either the 10th or 11th generation, bear in mind that both chipsets function on the LGA 1200 socket, so keep that in mind while pricing.

Only a few years ago, investing in the finest gaming laptops meant paying exorbitant rates and sacrificing a high-quality gaming experience for the sake of mobility. Fortunately, much has changed since then. They are not only lighter and smaller than ever before, but they also carry a considerable punch, capable of providing the type of fast and seamless gaming experience that was previously only available with a desktop PC.

And competent devices are available at nearly every price range, from premium gaming laptops capable of 4K gaming to budget models capable of great performance in 1080p. Furthermore, you don’t have to acquire the top-of-the-line model to enjoy high-quality gameplay. Of course, having one with quick refresh rates as well as a 3080 mobile GPU is advantageous.

However, depending on your opinion of the finest PC games, you may compromise very little power, save a little money, and yet still run your favorite titles. Some models may sacrifice a little performance in exchange for portability, which is still rather uncommon among gaming laptops, simply fitting into some of the best backpacks and enabling you to carry them on the move.

Things to consider before buying a Gaming Laptop with a good processor:

The most significant advancement in laptop CPUs is the addition of much more cores than before. What you do determines how many cores you require. You probably don’t need more than four cores if you use your laptop for “generic” chores like online surfing, Microsoft Office tasks, and video viewing, with some gentle photo editing on the side.

More cores may be beneficial if you conduct video editing, are a skilled Microsoft Excel user, develop 3D models, or generate code on your laptop.

Both AMD and Intel provide excellent contemporary laptop CPUs, each with its own set of advantages and disadvantages. When looking for a discount, Intel-based laptops often provide the most premium alternatives and outnumber AMD ones, but AMD-based laptops typically provide more bang for your buck.

We frequently discover that AMD laptops offer either more functionality or a lower price than equivalent Intel laptops.

For different versions of CPUs, AMD and Intel use almost identical nomenclature. Let us comprehend generations and family members in a straightforward manner. A generation is a series of processors that were released in a specific year and significantly improved on processors released a year or more previously.

Before purchasing graphics processors, be certain that they are compliant with your processor. Most Intel CPUs, on the other hand, comes having graphics cards pre-installed.

5. Instructions Per Clock (IPC) and Clocks

Clocks are the rate when each core of the CPU may do distinct activities. It is frequently represented as megahertz (MHz) or gigahertz (GHz) (GHz). If two processors of the same generation and the number of cores are the same, the one with the faster clock speed will be quicker.

The amount of instructions that a processor can execute in a single clock cycle is referred to as its Instructions Per Clock (IPC). CPUs with greater clock rates and stronger underlying architecture are generally quicker and perform better.

Gaming at Quad HD (1440p) at high refresh rates or 4K60 on PC doesn’t have to be prohibitively costly, and you can save a few dollars by going with a just-as-capable 11th-gen i5 rather as an i7. Or, for that matter, an i9 beast. Because of the increased clock speed of the i5-11600K, it can successfully compete with Ryzen alternatives and some of the 11th generation i7 on CPUs from a strict gaming standpoint.

Not to mention the overclocking capability given by the increased clock speed, which has the potential to be ramped up all the way to 4.90GHz. There isn’t much better if you want a faster-than-light gaming system at a reasonable budget.

Intel’s 12th Generation Alder Lake CPUs represent a critical return to form for the company. When it was initially unveiled, its underlying hybrid design was viewed as a risk, with its combination of horsepower and frugal cores not offering much to the gaming experience. It’s a risk that has clearly paid off since the gaming performance provided by Intel’s newest CPUs is nothing short of astounding.

The Core i5 12600K is the standout CPU for gamers since it not only provides excellent gaming performance across the board but also does it at a reasonable price. It not only exceeds the similarly priced 5600X in almost every game, but it also excels the $750 Ryzen 9 5950X in several tests.

Benchmarks show that the 5600x is a good match. In terms of pure gaming performance, it outperforms all of the 10th-generation Intel Core lines while still holding its own against the i5-115600 and i5-11600k. That’s significant because they’re the processor’s immediate competitor.

This success is due to AMD’s ability to efficiently tune their chipsets for current gaming performance, with that motto being the main aim of these CPUs from the start.

The Core i9 12900K aspires to be the finest CPU for gaming, and by most criteria, it succeeds. By way or by crook, Intel has retaken the lead in gaming performance from AMD, thanks to a new architecture, process, strategy, and platform. From the perspective of a gamer, the Core i9 12900K has the performance to game, broadcast, capture, and do other things all at the same time.

With its incredible 12-core (24 threads) design, it’s no surprise that this Ryzen CPU is an absolute beast at just about any work thrown at it, particularly high-end gaming in 4K at extremely high frame rates. That being said, if you’re simply interested in a CPU for pure gaming, the 5900x is much overkill.

Indeed, how this chipset performs everything else, such as high-resolution video rendering/encoding, pushes it over the top. If you work in the creative profession and need a genuine workhorse that can also game, this is without a doubt the one to acquire. It is the finest CPU for gaming in terms of speed.

The Core i5 10400F is a pleasant surprise alternative. It’s marginally quicker than the previous-generation Core i5 9400, but the F suffix signifies it doesn’t use Intel’s integrated graphics. That isn’t a problem for gamers unless you want to use QuickSync, in which case Nvidia’s NVENC is undoubtedly superior.

Overall, it’s a great value that isn’t much more expensive than a Core i3 component. Other compromises include the fixed multiplier—no overclocking here. In multithreaded testing, the i5 10400F may not be as fast as comparable CPUs. Future games may begin to exceed its 6-core capabilities, but not before you’re ready for an upgrade. The i5 10400F is now plenty fast and fairly inexpensive.

The nicest thing about the 9700k is not only its availability on the market but also it is pricing in 2021; it is far less expensive – and simpler to find than the current model. And, despite Intel’s decision not to pursue hyperthreading with this specific batch of CPUs, this results in faster gaming performance in some cases than its 10th-generation competition.

In terms of sheer performance, it won’t be the CPU that limits – or bottlenecks – your system’s full capability. This will instead be due to issues such as insufficient RAM and a low-end graphics card.

It’s fantastic for gaming, providing identical results as the 5900X and 5600X. Still, it looks to have reached the sweet spot in terms of configuration, with its eight cores and 16 threads ensuring it is ready for the future because this is what the Xbox Series X Console and Playstation 5 have.

The Ryzen 7 3700X is a fantastic processor that falls just short of its larger sibling, the 3900X. It performs similarly in games and retains all of the additional advantages of AMD’s Zen 2 architecture, some of which may prove valuable in the coming years. Given its pricing, the 3700X is a smart investment.

Unlike prior AMD APU offerings, the Ryzen 7 5700G is a jack-of-all-trades processor with an eight-core Zen 3 CPU component with 16 threads and a strong Vega-based GPU to back it up.

This results in a processor that is nearly as powerful as the greatest Ryzen 5000-series CPUs in terms of processing power but also has the graphics horsepower to provide 1080p gaming on low settings in some extremely demanding titles. The AMD Ryzen 7 5700G is the greatest of the newest Zen 3-based processors in this regard.

Asus Zenbook 17 Fold OLED – Everything You Need to Know About

How to Buying a Laptop: A Step-By-Step Guide

16 Best Workout Headphones that Will level-up Your Workouts