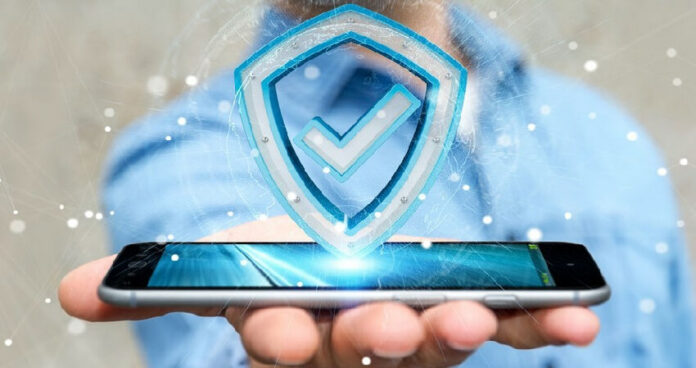 Antivirus software detects, blocks, and removes all forms of threats from a computer. Viruses, malware, spyware, bloatware, and other risks might infect your smartphone via harmful websites, links, or programs. Since people live in a time when we use our telephones to perform almost all of our essential tasks, it is necessary to have applications that can protect our personal details from being abused by bad parties.

Antivirus software not only protects your device from infections, but also allows you to locate it in the event of theft, lock or format it remotely, surf safely using their VPN, and much more. Even while Android devices have certain security features built-in, such as Google Play Protect, it is still a good idea to have an antivirus for your Android smartphone.

Whenever it comes to safety upgrades, Google isn’t quite on par with, say, Apple’s iOS. Furthermore, if your Android smartphone is set to developer mode, the built-in security safeguards are reduced even further. You don’t want to risk your safety and personal information being compromised by malware and other cyber risks, especially with most Android devices receiving irregular security system upgrades these days.

It is critical to have the finest Android antivirus program installed on your smartphone or tablet. After all, Android is the most popular os on the globe, making it an ideal target for malicious users. Because we do enough through our Android devices – such as mobile banking and shopping – acquiring malware on your phone or tablet might be quite dangerous, which is why installing one of the top Android antivirus programs is critical.

Antivirus Android apps continue to be one of the most popular sorts of apps on the platform. In general, if you play it safe, only install apps from the Play Store, and have your security settings enabled, you won’t need antivirus software. Some people, on the other hand, prefer to go off the beaten path and avoid doing such things. There are a plethora of awful antivirus applications on the market. Even if these applications aren’t required, knowing which ones are secure and don’t suck is useful.

How to decide which Antivirus Software is good for your Android Phone:

Antivirus must capture every danger attempting to infiltrate your phone, therefore a good program must have a high detection rate in independent testing, That is, it has to detect and prevent as many risks as feasible in the testing set.

Another factor to consider is the number of false positives, and how much your antivirus alerts you to a threat when there is none. It won’t disturb you with false alerts because of this.

The third factor is how quick the antivirus is and just how much it impacts your Android phone’s performance and battery life. That notion is reduced to performance through testing. Naturally, the quicker and smaller a secure system is, the ideal, because antivirus software for Android should, in theory, be scarcely apparent when nothing dangerous is happening.

Security solutions for Android are more than simply antiviruses; they also offer a variety of other features, which are vital to consider when selecting an Android security solution. Here is a list of characteristics to look for in a mobile security solution:

This program disables phone calls and scans text messages for dangerous URLs. Prior to actually connecting you or enabling a file to download, its QR scanner analyses each link to ensure it is safe. The anti-theft features from Sophos allow you to remotely control stolen phones to erase data or reset login information, send SMS orders to the criminals, and monitor where your smartphone is.

Sophos provides a system diagnostic that detects and fixes additional security concerns with your device. This might be out-of-date software or an unnecessary app operating in the background. Sophos is also not extremely ad-heavy, so you won’t be sidetracked or encounter phone delays.

The finest antivirus app for Android cellphones is Bitdefender Mobile Security. It protects your Android smartphone from malware and viruses while having a low impact on your device’s battery. Bitdefender provides access to the secured VPN that allows you to access the Web for 200 MB each day.

You also receive anti-theft protection, malware protection, and a lot more. The app is inexpensive and highly recommended. There is also a free version, although its competitors provide a wider variety of services using their free plans.

For many years, Norton has been regarded as one of the top antivirus programs. This is, however, much more than your standard antivirus for mobile. Norton security addresses three crucial aspects: secure, identity, and privacy. The security section deals with malware checks on your mobile device, tell you whenever your Android System has vulnerabilities and alerts you when you connect to unsecured networks.

This will be especially beneficial when accessing community Wi-Fi hotspots. Web Protection guards against browsing malware-infested websites. Norton’s blacklist is continually being updated, and the websites on it simply will not load. This effectively neutralizes any potential danger.

App advisers may also examine your Google Play installations and alert you to potentially harmful applications. You may schedule automated scans to run in the background. For instance, if you go to bed and leave your smartphone on the nightstand. Finally, there is privacy protection, which is largely concerned with VPNs.

Avast Mobile Security is among the most well-known antivirus programs available for any platform. It has more than 100 million users and a plethora of functions. The usual antivirus monitoring, an applock, a call block, anti-theft protection, a picture vault, as well as a firewall for jailbroken Android smartphones are among the features.

As a result, it’s a fantastic utility even if you don’t require the antivirus component very often. There are also certain booster features, but you should avoid them as normal. The free version includes the majority of the functionality and is ad-supported. The premium editions provide additional security measures, no advertisements, and the most costly version also includes a VPN.

AVG AntiVirus Free is yet another excellent tool for safeguarding your Android smartphone, and it provides an outstanding degree of security at no cost. It uses the same popular antivirus technology as Avast. However, this is not the same product, and it lacks some of the capabilities included in Avast’s gratis offering.

It is still based on very strong core antivirus protection, as well as anti-theft capabilities that allow you to locate, lock, or wipe a stolen phone. This program, like Avast, is ad-supported, but you may remove the ads by subscribing to the premium version.

The premium Pro edition of AVG has a slew of extra features, such as improved anti-theft powers, a Picture Vault to safeguard your photographs, a smart application lock, a Wi-Fi safety scanner, and more privacy options, such as caller blocking.

Lookout Security may already be installed on your phone, depending on the model you have had and your cell phone company. This antivirus application examines your phone for malware and assists you in removing it. It also displays you which applications are operating in the backdrops and consuming the power of your mobile.

Lookout’s system adviser continuously scans your os for any underlying issues that may be affected by how your tablet or smartphone works and will assist you in resolving them to protect your phone from hackers as well as other snoops. It also features anti-theft measures such as a device location and remote lockdown.

Great free security for Android is Avira. It safeguards your privacy, filters harmful applications and websites, provides a free VPN with 100 MB of data daily basis, and much more. There are also paid subscriptions that allow you to download premium mobile apps, receive VIP customer service, and much more.

Avira is probably one of the most famous and suggested antivirus for Android devices, with over 30 years of industry expertise, more than 20 million users globally, and a 4.6/5 score on the Google Play store.

If you really want desktop-grade productivity on your Android smartphone, TotalAV

Antivirus is the way to go. Despite the fact that the company is a relatively new rival, it has already shown to be an excellent answer. Security scans provide a significant portion of its usefulness. Then there are add-ons like a VPN.

It encrypts your connection and hides your Internet Protocol address to prevent internet tracking. That alone makes the subscription fee worthwhile. The Device Tune-Out function may also be used to clean up trash files. This will not only assist you to free up disk resources on your Smartphone but will also greatly enhance speed.

If you often connect to access points, you may use a Wi-Fi safety checker to determine whether they are secure. This will alert you if potentially harmful culprits are using the same networks.

ESET is yet another well-known brand in the realm of antivirus and anti-malware software. It includes scans, anti-theft assistance, a security auditor tool, scan scheduling, and other useful features. The installation procedure is rather invasive. It’s one of those that necessitate the use of an email address. Otherwise, it performs admirably.

You will be offered a free one-month trial after installation. It then costs $1.99 each month or $14.99 annually. It isn’t as hefty as AVAST or AVG, although it is bulkier as CM Security Lite or Bitdefender. Take the data for whatever that’s worth.

Kaspersky has a reputation on par with large companies like Bitdefender, so it’s somewhat surprising that the free edition of their security program includes several useful functions, such as top-notch malware detection.

Not only do you get Kaspersky Security Software, and there are some powerful anti-theft features that allow you to track down the position of your Android smartphone if it has been stolen or lost. You may also remotely block the phone, delete its data, or even take a snapshot of the individual who is now using it.

9 Reasons Why iPhone is Better than Android

How to Scan Documents on iPhone