How to Check If Your Smartphone has a Virus? 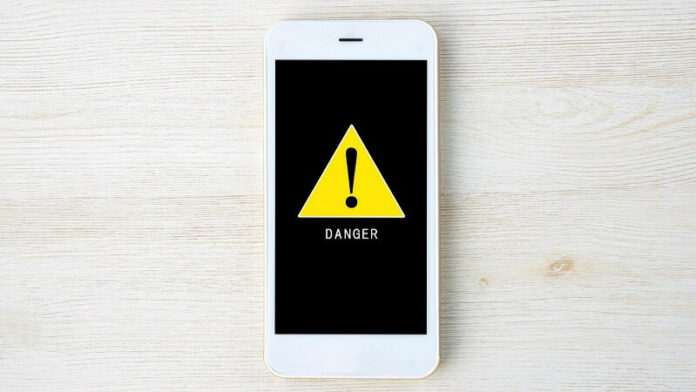 Viruses can harm any of our devices in the internet era we live in. Cynical codes employ malicious software to gain access to sensitive information saved on computers and cellphones in order to profit from it.

They make money by selling these details on the dark web. Smartphones, like computers, are vulnerable to this malware. Malicious software usually takes the form of programs, advertisements, and other forms.

Hackers use ransomware to encrypt personal information and lock devices. Malware attacks on smartphones are far from unheard of. Viruses can create a wide range of issues, and although some are extremely evident, others play a more subtle game in order to steal money or information.

Here’s what to look out for if you suspect your phone is infected with malware, as well as what to do if you find out something is amiss. Typically, it is assumed that only Android devices are vulnerable to these viruses and malware, but according to a recent analysis by Pensar, this is a fallacy, since dangers to iPhones are on the rise.

Android and iPhone are getting targeted equally:

When it comes to viruses on mobile devices, there is a popular notion that Android devices are particularly vulnerable. One of the world’s foremost cybersecurity specialists warned in March 2021 of an alarming new spike in rogue apps posing major hazards to iPhone users.

Adware, ransomware, spyware, trojan horses, and worms are the most frequent mobile malware. While the term “virus” has come to mean any type of security concern, a virus is essentially a type of malware, which is simply one type of technology threat. Viruses can hide in plain sight behind genuine software, phony emails, and malicious attachments. Hackers are refining their techniques to infiltrate your device in novel ways in order to avoid discovery.

While certain pop-ups are to be expected as part of marketing campaigns, an overabundance can indicate the presence of adware. It’s an annoyance at best. In the worst-case scenario, it can track your activity and root your device in order to steal data.

Ransomware, which first appeared on desktop computers, encrypts personal information so that the user cannot access it. The files are then demanded to be released for ransom.

Spyware is frequently attached to applications that appear to be legitimate. After that, it installs itself on your device and monitors your behavior, location, usernames, and passwords. You may not be aware that this dangerous software is installed on your phone.

On your phone, a trojan horse will usually appear as a text message. They’ll then send you premium texts, which will almost always raise your phone bill. A banking virus recently infected Android devices and collected texts containing personal financial data.

A worm, another text-borne infection, does not require user involvement to cause havoc. Its major purpose is to spread to as many devices as possible so that hackers can download malware and steal data from your phone.

Ways to check if a phone has a virus or not?

In most cases, you won’t be able to tell if you have malware on your phone. It works quietly in the background, but it will cause some symptoms that will reveal its presence.

In most circumstances, phone lag is unavoidable, but if it occurs frequently, it should be taken seriously. Perhaps spyware is causing the slowdown by using phone resources.

The most obvious indicator of a malware assault is when your phone’s battery begins to drain unnaturally quickly. It plainly demonstrates that an app is hiding and uses resources in the background without being seen.

If you see any apps that you don’t recall installing, they are almost certainly dangerous. It’s also conceivable that malware is installing apps on your phone without your knowledge or consent.

If you see a rapid increase in data usage from an unfamiliar app while checking your phone’s data usage, you may have Spyware installed. Spyware usually transfers the acquired data using the phone’s data.

Pop-ups are common on mobile phones. However, if they continue to display long after your browser is closed and seem suspicious, you may be dealing with adware.

Some malware is intentionally installed into your phone to deliver premium Spam messages, resulting in a rise in your costs.

Overheating is inevitable when you use your phone for gaming or watching movies on a regular basis. If your phone overheats even when you aren’t actively using it, it’s because some app is running in the background and producing heat.

If an application crashes more frequently than usual, it is likely out of date or infected.

What’s the Difference Between Incognito Mode and a VPN?

How Samsung is Repurposing its old Galaxy Smartphone