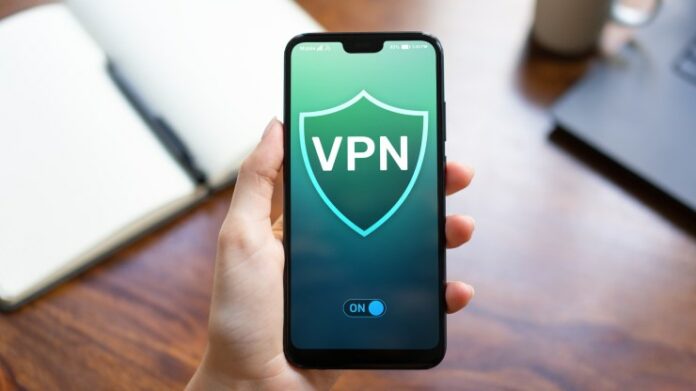 There are a plethora of Android VPN apps available, thanks to Android’s status as a developer’s paradise. However, we want to make sure you’re using the best VPN for your smartphone, one that provides top security and a fantastic user experience.

An Android VPN can protect your personal data and allow you to access otherwise geo-restricted apps, streaming video, and more while providing a secure connection online – especially when you’re utilizing public Wi-Fi or cellular to surf the web.

We use our phones more than ever before, which means that the best mobile VPN apps are in high demand. There are innumerable possibilities on all app stores, and they are available from almost every provider. Because there are so many options, determining which is the best can be tough. However, because we spend our lives in our hands, choosing the best VPN for your phone is critical.

The best mobile VPN apps should be flexible and easy and offer more than just a basic level of privacy protection. Rather, they’ll offer you access to geo-restricted streaming services, let you avoid targeted adverts, get around government web blocks, and more – all while keeping your data safe when using public Wi-Fi.

What makes a perfect VPN app for your Android phone?

First and foremost, the best VPN for phone users should come from a reputable company with a track record of success. Of course, a dedicated Android VPN app should be as simple to use as feasible. Check that it is compatible with your Android version, which should be at least Pie and usually higher.

Because you’ll most likely want to use your Android VPN on several devices, you’ll want one that works with your computer’s operating system and has enough licenses to cover all of your devices.

Other things to think about include tight security – a kill button comes in useful if your internet connection goes down – and, of course, a privacy policy and terms of service that spell out what records and details the provider keeps. Some providers have begun to validate their apps with the ioXt Alliance as well, providing even more assurance.

Here are a few VPN Apps for your phone that you should definitely look into:

Windscribe VPN is a good VPN service. It has a decent free version with a monthly data cap of 10GB. That should suffice for the occasional use of public WiFi or airport connections. The cap is visibly removed in the pro version.

A strong no-logging policy, servers in 11 countries, and the typical VPN encryption deliciousness are among the other features. There are no data limits, unlimited connections, and servers in 50 countries in the premium edition.

The Android app from ExpressVPN provides top-notch security to keep you secure online. Your online activity is difficult to read thanks to military-grade 256-bit encryption and absolute forward secrecy. Even if the encryption key was discovered, it would be useless for decryption because it is changed on a regular basis.

The ExpressVPN Android app supports a variety of security protocols, including OpenVPN, IKEv2, and ExpressVPN’s own Lightway protocol. Lightway was created with mobile devices in mind, thus it works flawlessly on Android. You may switch networks without the VPN disconnecting, and it’s small and light, so it saves battery life.

NordVPN is one of the most well-known companies in the VPN sector. The user-friendliness of its design contributes to brand recognition. With a comparable appearance, Nord’s Android app is just as easy to use as its desktop VPN client. For a first-time user transitioning from desktop to mobile, there is no learning curve.

For those looking for a more advanced VPN connection, NordVPN also provides a dedicated IP option. NordVPN has a kill switch and the ability to connect to Tor over VPN.

Unlike many other providers, Surfshark’s user interface changes very little from desktop to mobile. We assume that because its desktop offering is so simple, its developers didn’t have a difficult time adapting it to the lower screen size. It means you’ll have rapid access to security features like a dedicated kill switch, split tunneling, and a malware blocker built right in.

It’s the only Android VPN app we’ve seen with a GPS spoofing capability, which allows it to return the coordinates of your preferred VPN server. Not something everyone will use, but it’s a useful tool if you need a location for Pokémon Go, for example.

VPNHub is a relatively new VPN app for mobile devices. It has no bandwidth restrictions, so you can do pretty much everything you want. You must, however, pay for it, as it has one of the highest monthly fees on the list. It functions in the same way as any other VPN. You select your desired server and country, connect, and then go on with your work.

It has servers in 60 different locations across the world, as well as encryption and cross-platform support. The largest flaw is that it does not have a no-log policy, so individuals who want to stay entirely anonymous should go elsewhere. Aside from that, the VPN performs admirably.

Hotspot Shield could be the ideal choice for you if you’re looking for a genuinely fast mobile VPN app. We noted some notable improvements from the US-based company in our entire Hotspot Shield review, and it’s surged up the rankings in a lot of areas.

First and foremost, Hotspot Shield is about performance. It will be able to keep up with you whether you’re utilizing a 5G connection or speedy Wi-Fi. It’s nearly identical to the desktop version on Android, with plenty of features including an effective kill switch and Smart VPN, Hotspot Shield’s version of split tunneling.

IPVanish provides lightning-fast speeds. The Android app is quite user-friendly, giving you a lot of information and allowing you to customize your experience. It shows the ping and load percentage of each server so you can see which connection is the fastest.

Furthermore, it provides split tunneling, allowing you to pick which sites are sent through the VPN and which are not. There’s even a port selection option, which comes in handy if your ISP throttles or disables your Android connection.

Private Internet Access Android app is easy to use and offers a lot of features and options to experiment with. Among the features available are auto-connection, kill switch, snooze, favorites lists, and a handy set of connection status details to assist you to keep track of your own activity.

You may configure local and remote ports, choose bespoke encryption and handshaking methods, and even vibrate the device to indicate when you’re connected, thanks to port forwarding, proxy support, UDP, and TCP protocol options.

Another popular alternative is VyprVPN. It has 700 servers spread over 70 countries. They also look after their own equipment. Aside from that, it performs as intended. You establish a connection and then proceed to browse the internet. A one-time 1GB stipend is included with the free edition. To receive more, you’ll have to pay for one of the premium plans.

It is, thankfully, limitless. Their logging policy is rather straightforward. To assist screen out criminals and other regulations, they store logs for 30 days. However, there are certain safeguards for consumers. You can learn more by sending an email to their customer service department.

For individuals who enjoy torrenting and streaming, CyberGhost is an excellent VPN option. While the mobile VPN is straightforward, CyberGhost is reasonably priced and capable of meeting the needs of the vast majority of customers.

Split tunneling, which is available on mobile, is a useful function, as CyberGhost switches ports on a frequent basis to protect your security. However, if your connection goes down, you won’t be protected by a kill switch, and you won’t be able to change protocols either.

StealthVPN hides your VPN activity, allowing you to access restricted networks. This even allows you to utilize your Android VPN in China and the United Arab Emirates.

Thunder VPN is a very new VPN program. It has a lot of positive aspects. This features free limitless bandwidth, no logging or user tracking, and servers located across the world.

SurfEasy VPN is one of the more visually appealing VPN programs available. Opera’s free VPN servers are likewise provided by the same developer. It has a lot of appealing characteristics. There is a stringent no-logging policy in place for the app. Furthermore, it’s one of the few VPNs that genuinely includes extra features for torrent users.

With 500 servers in 28 countries, this VPN is very feature-rich. The prices are reasonably priced. You receive 500MB of data with the free version. The $3.99 upgrade gives you unlimited data. To acquire things like torrenting functionality, you’ll have to pay $6.49.

Atlas VPN is a reliable VPN that performs admirably. Most people use this to get around regional streaming restrictions, and it appears to work fairly well. Because the software has servers all over the world, you may pick and choose which ones you want to use.

It also offers a simple, welcoming user interface, as well as a safe browsing feature and a kill button that prohibits objects from using the Internet in the event of an outage. For enhanced user safety and privacy, the company maintains a no-logging policy.

Mozilla VPN was created by the same people who created Firefox. This VPN had some major troubles at first, but it has since improved and is now a decent VPN. WireGuard encryption, a rigorous no-logging and no-tracking policy, a rapid one-tap activation button, and more are all included in the app. For $4.99, you get support for up to five devices, unlimited data, and no bandwidth restrictions.

Mozilla is one of the most dependable firms on the Internet, and we want that passion to be reflected in Mozilla VPN. Although the developers still need to work out some flaws, it’s a fairly respectable alternative with a lower-than-average price tag.

The 10 Most Graphically Demanding Android Games

How To Stop Mobile Phishing Attacks