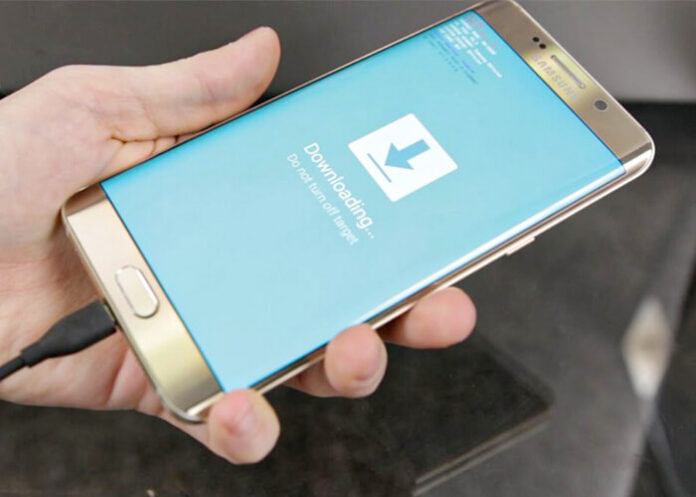 When you root a gadget, you have a great level of control over it. It enhances the performance of the phone in many ways, like boosting the battery life, blocking ads on all apps, increasing the processing power, etc.

Backup and storage issues will never bother you if you have installed a root app on your device. Android root apps allow you to easily modify your device to the next level by making the android work in the best possible way.

You can even customize your device as per your requirements with the root apps and you will just find an updated device in your hands.

Unaware of the most effective and safest Android root app?

You don’t need to worry, in this article we will list the best root apps of 2023

It is one of the most popular root apps for Android, as it removes ads from the device so you can stream your favourite movie or show without any interruption. It also removes background ads, pop-ups, banners, etc.

Adblock Plus is a free and open-source app. It immobilises tracking and also blocks sites known for spreading malware.

The app is unavailable on the Google Play store, but the official link from ABP is obtainable.

Bouncer is not exactly a root app, but it has all the features for root users. It manages permissions with a little more coarseness. Every time an app asks for permission, an enabled bouncer automatically removes the permission in a few minutes.

The app increases security, and you need not worry about privacy as well. It also enhances battery life, and more importantly, there is no need to worry about the spying of background apps.

Some gadgets may work better with Bouncer than others because of various restrictions. Few mobiles like Nokia can prevent Bouncer to perform smoothly due to its belligerent battery management.

With all the pros and cons it is considered as top root app for android for its unmatched features.

Migrate allows you to move data, apps, SMS, contacts, call logs and much more from one ROM to another.

Migrate has made switching ROMs very simple and is one of the best root apps for Android because of its user-friendly interface.

To use Migrate correctly, the custom ROM migration tool, the Majisk app is recommended as it instals the new ROM quickly and smoothly. In less than 15 minutes, the backup process is completed.

Framaroot is a one-click root app for all devices.

It is a rich featured app for android and it gains root access without a computer or a PC. The root app is designed especially for the novice.

The easy-to-use interface makes it one of the top root apps for android. Framaroot 1.9.3 APK is a dynamic rooting app that helps in gaining root access automatically on Android.

Unrooting is a feature that everyone is looking for in root apps because the warranty gets void as soon as you root your device. But with Framaroot the unrooting is just a one-click process.

Naptime is one of the top root apps for Android for enhancing battery performance. It’s available for every mobile running on Android Marshmallow and onwards.

The rooting app can even disable several connections such as location, WiFi, GPS, and mobile data when the Doze Mode is operating, thus enhancing the performance of the battery.

It’s a user-friendly tool, and root users have an upper hand over non-root users.

Viper4Android is an audio upgrade app that It provides immense control over the sound of your device. It enhances the sound quality on The speaker, Bluetooth device, and headphones separately.

A great number of music lovers around the globe, making it one of the best root apps of 2023.

The process of installing the app is complicated, but the sound results are out of this world.

Viper4Android is not available on the play store and it needs root access, but it can be installed directly from XDA Labs.

Magisk Manager is an Android tool that assists you with managing root privileges and systemless modules.

Magisk is one of the most powerful and popular Android root apps. The main purpose of the app is to hide the root successfully.

The app allows the use of bank applications and play Pokemon Go, and watch Netflix, which is generally not possible when the device is rooted. The app is not available on the Google Play store, but the APK is available on XDA developers. The app is updated regularly with new designs and features to provide a great rooting experience.

GSam is an advanced battery saver and root app for Android. The app is available in basic and pro-forms. The pro edition has more features.

GSam battery monitor offers detailed information about the apps that are draining the battery fastest and the time left before charging is needed.

The instructions for its best use are on the app, and options to set various alerts are available.

The free version advertises at the bottom of the screen, but the pro version blocks ads without any action.

The app consumes 2-3 per cent of the battery, but that’s not a high percentage as compared to the features.

Servicely is a root app for Android which controls apps running in the background. The tool prevents the running of all apps when the screen is off. It may improve battery performance depending on the apps you stop.

The app is not much applicable now thanks to the development in android’s Doze Mode, but it is still relevant for those who are looking for a little extra in the running service.

Dr. Fone offers a complete solution for all your android worries. The tool can install applications that are not for a particular country and also install apps that are not supported by the device.

The best thing about this Android root app is that it recovers deleted or lost data like photos, videos, messages, audio, PDFs, call logs, and contacts.

The repair tool can fix all the complex issues in the android like corrupted gadgets, firmware issues, unresponsive devices and much more. The unlock tool easily goes past all the types of screen locks, like PIN, password, fingerprint and pattern.

The pros and cons of roots

⇒ Best root apps for android allow you to upgrade your old phone to the latest version of android.

⇒ Rooting allows complete control of your phone and making changes according to your requirements.

On the negative side, there are a few risks involved in rooting your android device.

⇒ The mobile manufacturers don’t like tampering with their hardware and software, some of the manufacturers are kind with rooting but few of them void the warranty of your gadget no sooner you root it.

What are the benefits of rooting a device?
It gives total control of the device in your hands, you can install the application from another customs room, delete any app which is not useful and get a complete backup of your data.

Does rooting void the warranty of the device?
Yes, rooting your device voids the warranty. Rooting means you are not using the product as prescribed by the manufacturer.

Are all rooting apps free?
Yes, you can surely use the free apps and root your phone. These apps will root your device without any charge.

Is it possible to unroot the rooted device?
Yes, if you have rooted your phone and struck with the default version of your android, unrooting can be simple.

What happens if I root the phone without installing a Custom ROM?
Nothing much, you will have the capacity to install a custom ROM later.

Do I need a computer to root my device?
Mostly yes, you’ll need some programme to root your device.

Where can I find the tutorial for rooting?
You will find tutorials across the web, including YouTube tutorials.

The Android Root App gives the user complete control of the device. You may lose the warranty once the device is rooted, but you are not limited to using the device as set by the manufacturer.

The performance may differ from device to device.

Rooting allows you to install custom ROMs which escalates the speed of the device.

Select the best root app for android as per your need to see a new featured device with you.

Top 12 Tips to Increase the Battery Life of your Laptop