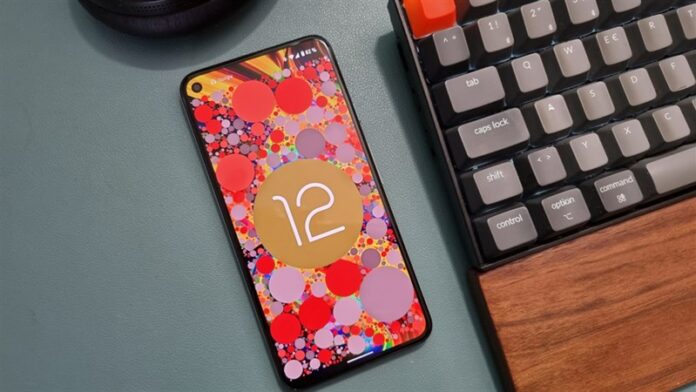 The final edition of the Android 12 beta is now available, and it gives us our best look yet at all of the improvements that will be included in the next major upgrade. In this current update, we can see the new Material You theming engine as well as some new icons. You may also try out the Privacy Dashboard, as well as a few new gestures.

The new Power Menu is starting to take shape, however, you might not like how Google rearranged the items. If you’re impatiently awaiting Android’s major upgrade, you can try it out now before it becomes official. If you have a Pixel 3 or newer, it’s simple to install—all you have to do is opt-in to receive the over-the-air update. It’s also compatible with the OnePlus 9 and 9 Pro, however, it requires a little extra setup.

Remember to proceed with caution because this isn’t the final source code and you may encounter problems or faulty features. However, looking behind the scenes is half the fun of being an Android user.

One of the most significant updates in Android 12 is Material You. Material You, previously known as Material NEXT, is the next evolution of Material Design. This design language will not be limited to Android but will appear in a larger range of Google services.

However, this is one of the most significant cosmetic changes to Android in some years. Color and personalization are heavily emphasized, with users able to select their own color swatches, contrast, element sizes, line widths, and more.

The Privacy Dashboard will be available in the second beta, which will be released in June. However, it will be a central location where you can check which apps use which permissions. As well as how frequently and precisely they are utilized. It will display your most-used permissions, such as Location, Camera, and Microphone.

When you tap on one of these permissions, a list of apps that used it and when they did so will appear. There will be a button at the bottom of that screen where you may control that permission and revoke it from certain apps if necessary. Users will be able to keep track of which apps are using certain permissions more easily as a result of this.

In older versions, you can customize the wallpaper, lock screen, and other minor components, but the remainder of the UI remains largely unchanged. Color Extraction is a new feature in Android 12 that captures prominent colors automatically. When you use wallpaper, it uses the same colors throughout the operating system. The primary color is reflected in the notification shade, volume controls, widgets, lock screen, and menus.

On Android 12, you’ll notice a major visual makeover in the Quick Settings menu. Android has ditched the traditional small QS toggle in favor of chunky toggles with text. While the new toggles appear to be slightly larger than the old ones, you get more toggles on a single page.

Android 12 will provide native scrolling screenshot capabilities. The new scrolling screenshot feature, which was first introduced in beta 3, allows you to snap larger photographs of the current page you’re on. Simply snap a screenshot as usual and then tap the new “grab more” button to capture more of your screen. The screenshot can then be edited and cropped to your heart’s content.

In the Permissions settings panel of the Android 12 beta, there is now a kill switch for both. They’re also available in the notification shade as a fast tile. Some functions in apps that rely on those aspects will not work, but Android 12 can better handle those requests, so you can still utilize other parts of the app.

8. The double-tap gesture is finally:

We saw a number of references to a double-tap gesture in the Android 12 developer previews, so it’s possible it’ll be included in Android 12. And now it has arrived. Back Tap allows you to capture a screenshot, access Google Assistant, play or pause media, browse recent apps, show alerts, or start a specific app by tapping the back of your phone twice. Which you may select from almost any app on your phone.

In Android 12, the notification system is also getting some improvements in terms of usefulness and aesthetics. Cleaner and faster animations will be available. Interacting with notifications will be faster and more consistent. The term “trampolines” is being phased out by Google.

Trampolines are notifications that, even after being tapped, require a lengthy time to load the subsequent application. Instead, they’ll direct you to an app in a matter of seconds. Some programs, such as Pushbullet, which delivers notifications that aren’t linked to anything, will be affected by this change.

10. Media Player has been Revamped:

Android 12 has a new one-handed mode that strives to be better. If you’ve ever used iOS’s one-handed mode, you’ll recognize how it works. You may enable the mode by swiping down from any place at the bottom of the screen after turning it on in settings. The top half of the screen’s content will tumble down.

Initially an accessibility setting, you can enable Extra Dim mode by selecting the fast tile from the notification shade. It will reduce the screen brightness quickly, regardless of whether you are on the lowest or highest accessible level. It’s a useful function if you have headaches from bright light, or if the blue light manages to cut through for you even in the default night mode.

Android 12 introduces a new feature called app hibernation. You can use app hibernation to put an app into a “hibernation” state if it isn’t being used. Permissions will be revoked and storage usage optimized for apps that are put into a hibernated state. If users do not want their unused apps to go into hibernation, they can toggle this feature on and off. Simply launch an app normally to bring it out of hibernation.

System upgrades are typically transmitted over the air (OTA), which means you’ll have to wait for your carrier to update and repackage a release. However, with Android 12, Google has included Android Runtime as a module to Project Mainline. That implies you’ll get some OS updates via Google Play packages rather than over-the-air updates.

This upgrade will have a huge influence on hotfixes and security updates, which may now be downloaded straight from the Play Store rather than waiting weeks or months for an OTA update.

How To Block Ads On Your Android Phone | Easy Ways

How to Track Mobile Number Location with Owner Information