Is It Safe to Charge Phone Overnight? Here’s the Truth and Myths 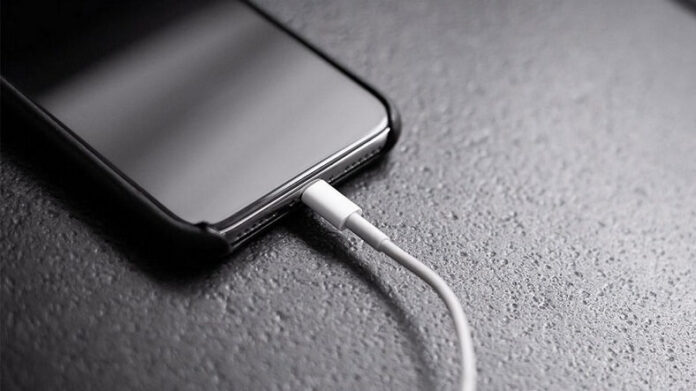 It is not safe to charge a cell phone overnight because your phone’s charger continues to charge after it reaches 100 percent capacity. Throughout the night, it keeps topping off the battery. This is referred to as a “trickle charge.” While you sleep while your phone is plugged in, it strives to keep itself fully charged by compensating for the small amount of battery it loses simply by being turned on. This is problematic since the trickle charge keeps your phone at a greater temperature than it should. As a result, the battery’s capacity is reduced. A rechargeable lithium-ion (or Li-ion) battery is used in mobile phones, and it charges faster than typical rechargeable batteries. As a result, when we connect our iPhone or Android to a charger,

We increase the amount of time our phones spend on the charger by charging them overnight, causing their battery capacity to degrade considerably faster. Even though manufacturers do everything possible to accommodate this risk, this process will unavoidably lower your phone’s battery capacity. The moment you start using your new phone, the battery starts to degrade. This implies they lose their ability to keep a charge over time. You can extend the time your phone spends with the charger by charging it overnight. As a result, the capacity declines significantly faster.

The reasoning behind it:

1. Lithium-ion batteries are used in almost all phones nowadays (LiB). They can be recharged, and they do so far faster than previous rechargeable batteries. With all the quick charging technologies promised by many a competing smartphone behemoth, they rush to 80% in a heartbeat. As a result, it now takes 1 to 2 hours to fully charge a phone. That is to say, your priceless phone spends most of its time connected to the charger at full charge while you are deep asleep.

There’s no denying that Li-ion batteries are the best. A champion, however, is not without flaws. In fact, it’s almost the polar opposite of what you’d expect: When living in a fully charged state, Li-ion suffers from stress (100 percent ). And if it does so month after month, its recoverable capacity will decrease; while the reduction may not be significant in the near term, it does create a dent in the battery’s capacity that will be a long-term thorn in your side.

2. Heat is well known to deplete the battery’s capacity. It’s less of a problem when you charge overnight because, well, it happens whenever you charge. Due to fast charging, the majority of the heat is generated before the battery reaches 100 percent; trickle charging generates very little heat due to its low voltage.

Don’t wait until your phone’s battery is almost completely depleted before charging it. Partial discharges wear out the battery more quickly than full discharges. Wait until your phone is down to about a 35 percent or 40 percent charge before plugging it into a charger, according to Bradshaw. This will help to retain the battery’s capacity. Keep your phone cold as well, as greater temperatures hasten the loss of battery capacity.

The greatest battery life comes from charging your phone as infrequently as possible, so learning how to get the most out of your smartphone battery is crucial.

The general assumption is that you should maintain your smartphone battery between 20% and 80% charged, thus a few top-ups throughout the day are likely to be better for battery life than overnight charging. It’s also a good idea to use quick charging rarely. At home and at work, a pair of reliable wireless chargers could be the appropriate option.

See: How To Extend Battery Life of Smartphones

What the major Mobile manufacturing companies have to say:

When possible, keep your smartphone cool, and never leave it on the dashboard in a hot car. To avoid overheating, Apple recommends removing your iPhone case while charging. It’s advisable not to let your battery drop below 20%, according to Samsung, who warns that “fully draining the battery on your device may limit its life.” Using your phone while it’s charging is also a poor idea because it increases the amount of heat generated. If you’re planning to charge your phone overnight, turn it off before plugging it in to keep the battery from overheating.

When it comes to charging your smartphone, there’s one more thing to think about: the quality of the equipment you use. Use the charger and cable that came with your smartphone whenever possible. If it fails, you can purchase a new official charger and cord.

Official chargers and cords can be pricey at times. However, you can discover reliable alternatives; just be sure to check for safe attachments that have been thoroughly tested and verified by companies like Apple and Samsung, as well as being in compliance with applicable laws. If you’re going to buy a charger from a third party, go with a well-known brand.

It’s also crucial to make sure the charger and cable you buy are rated correctly. Check the amp or watt rating against the specifications of your phone. At the low end of the market, the major dangers are discovered.

Cheap knockoffs aren’t built to be safe, and they can be extremely deadly. They frequently fail to meet safety requirements. While it’s not ideal if you want your battery to last as long as possible, you can safely keep your phone hooked into the charger overnight as long as it’s not a counterfeit charger and your phone doesn’t overheat.

Some basic pointers that can be implemented: