HomeAndroid9 Reasons Why iPhone is Better than Android
AndroidiOS

9 Reasons Why iPhone is Better than Android 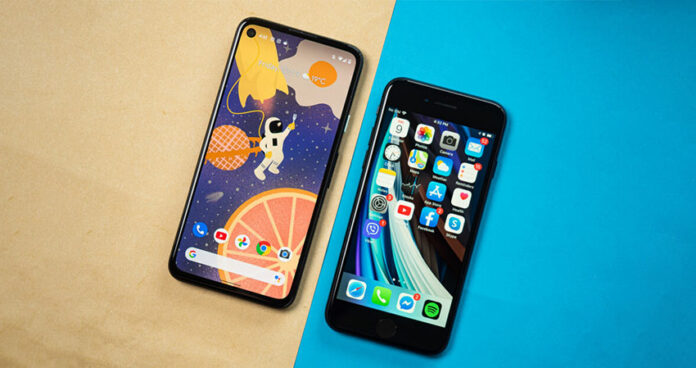 Since the platforms’ inception over a decade ago, the iOS vs. Android argument has raged on. Both systems provide excellent options for a variety of users. You’ll need to figure out what elements are most essential to you and then pick the phone that best fits your requirements. For some people, some categories are more important than others. Some people will place a more importance on hardware options, while others will be more concerned with battery life or mobile gaming.

Let’s divide the topic into categories, why is the iphone better than android?

Apple is your only feasible option if you care about the privacy of your personal data, as well as security. Google’s main business strategy is around gathering and selling user data to marketers. As a result, Google needs access to your data as well as the ability to share it with others. Apple says it all, it doesn’t need any kind of advertising and even your personal data to do its promotion. Apple has integrated more functionality that utilises personal or private data onto your iPhone and other devices, lowering the amount of data that leaves your device and travels to the cloud.

The iPhone obviously is a clear winner in terms of security! Hackers will have a tougher time finding security weaknesses because of Apple’s closed source code. While Android’s open-source nature may suggest the polar opposite, it also makes it more accessible to a wider range of developers, a characteristic that Google is slowly beginning to exploit.

The iPhone is a less appealing target for hackers due to the lesser number of targets running iOS and its enhanced protection. Android’s ubiquity as the most widely used smartphone in the world has also become a vulnerability; more users means more targets for hackers and more incentive for malware developers to build malware for Android. Both Android and iPhone are updated multiple times a year to address security problems. Android upgrades are dependent on your phone’s hardware, manufacturer, and level of support. Unlike Apple’s tougher update mechanism, it’s also easy to roll back changes.

With tens of thousands of amazing titles and millions of users, the iPhone is dominating players in the mobile video game business. The iPhone’s popularity as a gaming platform has prompted some to claim that Apple is the most popular mobile gaming platform. Apple’s hardware and software are tightly integrated, allowing it to enable strong gaming technologies with hardware and software that makes its phones as fast as, if not faster than, some PCs.

What makes Android so tempting to us may make it less desirable to the typical user. While Google and its partners have worked hard to make Android more user-friendly, the truth is that it can still be complex. It’s not for everyone to deal with random icon placements, limitless options, and full customisation. Furthermore, because most Android phones appear and feel different from one another, inconsistency between phone manufacturers causes a learning curve. That is why there is an edge for the iPhone over android, due to their minimalistic design and simple finish.

Apple phones are significantly more valuable than Android phones when it comes to resale. iPhones are made of high-quality materials, which adds to their resale value in the long run. Because there is just one manufacturer and new and better phones aren’t released as frequently as Android phones, Apple phones stay flagship models and are up-to-date for longer. People are continually wanting to update their phones to newer versions since new smartphone models with appealing features are released on a regular basis. When consumers quit using their phones and get a new one, they frequently want to get the greatest price for their still-working old phone.

This problem is exacerbated by the fact that phone providers also install applications. As a result, it’s difficult to predict which applications will be installed on your Android smartphone and if they’ll be useful. With the iPhone, you won’t have to worry about that. Because Apple is the only firm that pre-installed apps on iPhones, each phone comes with the same set of apps, which are mostly high-quality. Because of Android’s openness, manufacturers occasionally install their own apps instead of higher-quality standard apps, as noted in the previous section.

The overall battery life of the iPhone has drastically changed from new models of the Iphone as compared to the android phones.

You can subscribe to rival services in every category on Android, but not at such a low price. Android can’t compete with Apple Fitness+’s combination of superb content and sophisticated cross-device connection. If you don’t want or want these features, either platform will suffice. However, only the iPhone can provide such a diverse range of information at such a low cost.

That’s the whole point of why an Iphone is better than an android.

How to Find Wi-Fi Password on Android (without root)